Calls to poison centers about dietary supplements on the rise

[+]Enlarge
Credit: Shutterstock
About 275,000 calls came in to U.S. poison centers regarding dietary supplement exposure during the period 2000–2012. 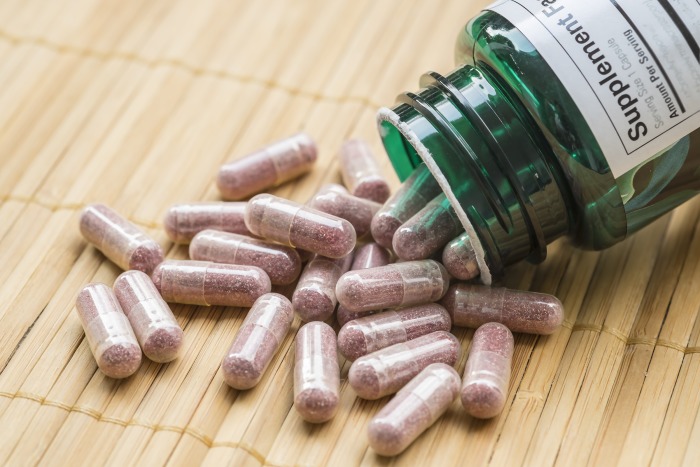 Credit: Shutterstock
About 275,000 calls came in to U.S. poison centers regarding dietary supplement exposure during the period 2000–2012.

More than 70% of Americans take some form of dietary supplement. Yet these increasingly popular products typically don’t undergo U.S. Food & Drug Administration safety testing or approval before they hit the market, a lax requirement that may merit reevaluation, according to a recent study (J. Med. Toxicol. 2017, DOI: 10.1007/s13181-017-0623-7).

In the study, researchers evaluated data collected from 2000 to 2012, finding that calls to U.S. poison control centers reporting dietary supplement exposures doubled during the period, to total about 275,000 calls. The majority of those exposures occurred in children younger than age six. Often, parents don’t think of supplements as dangerous and leave them within reach of curious children, says Henry Spiller, director of the Central Ohio Poison Center and coauthor of the new study. But when it comes to safety, parents should treat them like any other medicine, he says.

Dietary supplement exposures by the numbers

100%: the rise in dietary supplement exposures reported to poison control centers between 2000 and 2012

70%: the percentage of those exposed during the period who were under age six

4.5%: the percentage of exposures during the period that resulted in serious medical outcomes

Although most of the exposures over the 13-year period had relatively benign effects, 4.5% of the reported exposures resulted in serious medical outcomes. These adverse effects were linked to a few main categories of supplements: energy products, cultural medicines such as Ayurvedic treatments, and botanicals such as ephedra, which was once marketed for weight loss, heightened alertness, and improved athletic performance.

Calls to poison control centers reporting exposures to ephedra-containing products peaked in 2002, then declined as reports of increased blood pressure, myocardial infarction, stroke, and even death came to light. FDA subsequently banned ephedra in 2004, resulting in a drop-off of ephedra-related exposures.

Spiller says the ephedra ban had a clear, positive effect, and he advocates for the regulation of other problematic supplements. For instance, he points to the sexual enhancement product Yohimbe, which has been associated with serious side effects including abnormal heart rate, kidney failure, heart attack, and seizure, and to energy products, which have also been linked to abnormal heart rate and seizure.

Martin Ronis, a professor of pharmacology at Louisiana State University Health Sciences Center New Orleans who recently wrote a review on the adverse effects of nutraceuticals and dietary supplements, says the study provides a “snapshot” of the effect of supplements on human health and reveals the major culprits. “Not everything you take that’s over the counter is necessarily good for you,” he says.

The Government Accountability Office recommended in 2013 that FDA explore ways to receive health effects data about dietary supplements from poison control centers. At the time, FDA concurred with GAO’s recommendations but said lack of resources is a factor.

Consumer Safety
US FDA seeks data on seizures that follow e-cigarette use
Safety
FDA finds deadly risks linked to botanical kratom
Safety
Dietary Supplement Woes Underreported
Share X
To send an e-mail to multiple recipients, separate e-mail addresses with a comma, semicolon, or both.
Title: Calls to poison centers about dietary supplements on the rise
Author: Tien Nguyen
Chemical & Engineering News will not share your email address with any other person or company.

Comments
Mahabir Gupta (July 26, 2017 5:40 PM)
I would like the reference for Martin Ronis' review on adverse effects of dietary supplements.
Reply »

Tien Nguyen (July 28, 2017 3:36 PM)
Thanks for your comment. The review is forthcoming in the Annual Review of Pharmacology and Toxicology, vol 58.
Reply »

Oreste w. Lombardi (July 26, 2017 6:42 PM)
Should the regulatory powers of government be used to protect fools against themselves? I would much rather handle this problem through education.
Reply »