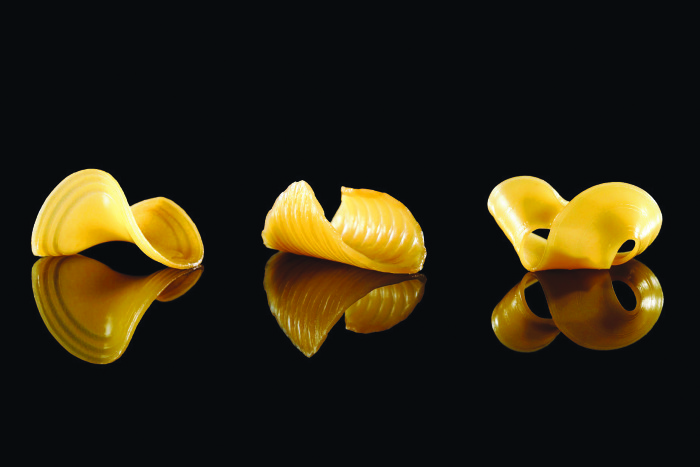 This week, the Newscripts gang has some suggestions for how to create pizzazz in the kitchen by adding a portion—or three—of scientific know-how.

To start, add an extra dimension to your cooking by using two-dimensional pasta that becomes 3-D when cooked. Scientists at Massachusetts Institute of Technology’s Tangible Media Group have engineered flat sheets of gelatin or starch to make a type of pasta that instantly springs into predetermined 3-D shapes when it comes into contact with water. The shapes are engineered by using two layers of gelatin, each with different densities. One layer of gelatin is denser and able to absorb more water than the loosely packed gelatin of a second layer, so the sheet arches. To control the angle at which the pasta bends, MIT researchers led by Wen Wang and Lining Yao applied 3-D-printed strips of edible ethyl cellulose onto the denser layer of gelatin. The cellulose limits the amount of water that can reach the adjacent gelatin. The design of the 3-D-printed pattern determines the pasta shape. The technology works for a broad range of shapes, including traditional tube-shaped macaroni. But you could also use the technology to cook up something crazy; Wang and Yao have created an online interface that allows users to design their own pasta shapes. Engineering pasta sheets so that they ship flat could also lessen packaging costs, Wang says. Wang and his colleagues calculate that for tube-shaped macaroni pasta, 67% of the package’s volume is air even when the pasta packs perfectly. Reducing the space needed for the pasta could markedly curb pasta packaging, the scientists say. 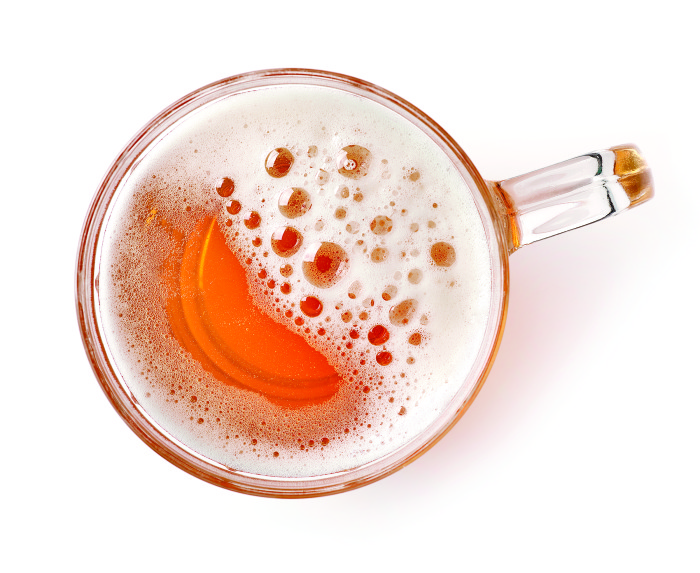 People often have a glass of red wine with their pasta. To mix things up a little, though, Newscripts recommends a craft beer named CleanEscape made by San Diego-based Ballast Point Brewing.

CleanEscape is one of the most unusual and potentially sustainable beers because it is made with water drawn from air. Ballast Point uses a water generator developed by Washington state company Ambient Water to extract moisture from the sometimes foggy air that rolls into San Diego. The generator chills air to its dew point. Moisture condenses onto patented stainless-steel or specially coated coils before being channeled through filtering chambers. The system is energy intensive, consuming 600 kWh of energy in a day to capture about 1,500 L of potable water. But for Ballast, capturing water from air is cheaper than other sources, such as tapping seawater via reverse osmosis, because it allows the brewery to skip a purification step. The water’s high purity also has taste benefits. It’s a “perfect canvas” for exploring new styles and flavors, says Julia Cain, Ballast’s director of R&D. 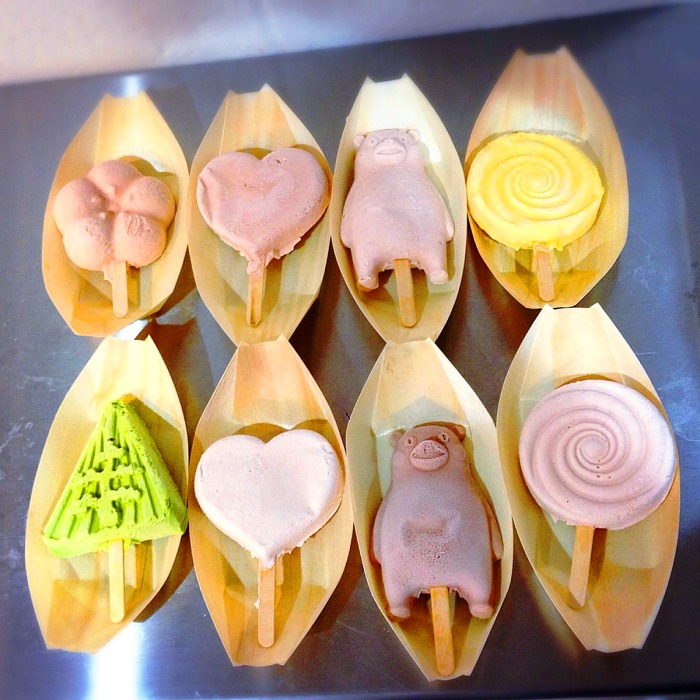 For dessert, the Newscripts team suggests melt-resistant ice cream. Typical ice cream might start to drip after a minute or so on a hot summer day. Scientists at Japan’s Kanazawa-based Biotherapy Development Research Center Co., in collaboration with Kanazawa University, think they have a cool solution: an additive that slows down the melting process so that the first drips don’t appear for five minutes, even on a hot and sunny day.

To stifle the melting process, the center’s scientists added polyphenol liquid sourced from strawberries to the ice cream. “Polyphenol liquid has properties to make it difficult for water and oil to separate,” enabling ice cream to stay intact longer, Tomihisa Ota, president of the company and professor emeritus of pharmacy at Kanazawa University, told Japanese daily newspaper Asahi Shimbun. Ota and colleagues reportedly tested polyphenol-rich ice creams in Kanazawa under the heat of a hair dryer and found that they retained their original shape after a full five minutes. The researchers accidentally made the discovery when they hired a chef to create a new type of confection using the polyphenol. The chef realized that cream hardened when it came into contact with polyphenol. The research center’s idea has attracted solid commercial interest. Melt-resistant ice creams are already on the streets of the Japanese cities of Osaka and Tokyo.

Food Science
It’s fall: All the warm liquids, please
Materials
Turning wood scraps into strong, structured building material
Food Science
What’s ice cream, and why do we scream for it?
Share X
To send an e-mail to multiple recipients, separate e-mail addresses with a comma, semicolon, or both.
Title: Cutting-edge food: Pop-up pasta, air-sourced beer, and heat-resistant ice cream
Author: Alex Scott
Chemical & Engineering News will not share your email address with any other person or company.