What does a chemist do? Not modeling, apparently

What does a chemist do? 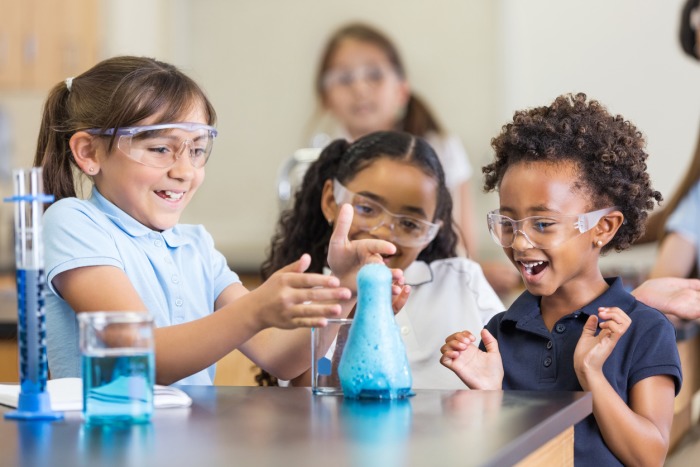 Credit: asiseeit/iStockphoto
Teaching moment: Early interactions can plant the seeds of a lifelong love of science.

Fish navigation, functionalized pasta, corpse flowers, and mouse tattoos: Newscripts covers a wide variety of things that a person can get up to with a chemistry degree. So it was ironic that this humble Newscripts writer was stumped by the simple question, “What does a chemist do?”

The question came from a group of elementary school kids attending a summer reading camp in Baltimore. What answer wouldn’t assume any prior knowledge of chemistry and would be short and pithy enough to stick in their busy minds? The response they got was that a chemist can do any number of things. But honestly, that’s vague and unhelpful. So we turned to C&EN’s erudite Twitter following in search of a better answer. Here are some of our favorites.

@mccomstock: “A chemist pushes atoms around for fun and profit.”

@EricAshleyNJ: “Make stuff no one’s ever made before.”

@MoniqueWilhelm1: “Chemists study and predict change to make new things happen or know what is happening or how much of something is present.”

@WorkentinChem: “Everything is a chemical! We discover the structure, study the properties and make the molecules of life and everything around us.”

@SuperScienceGrl: “We make stuff and we separate stuff. Sometimes, we discover stuff about stuff. Chemistry is the study of stuff.”

@Matt_T_Zamora: “Study how the world works at the molecular level, then use that knowledge to control atoms and make something useful.”

The opposite of chemistry

[+]Enlarge
Credit: Shutterstock
Chemical modeling: To complete the look, she should really have goggles and black nitrile gloves. 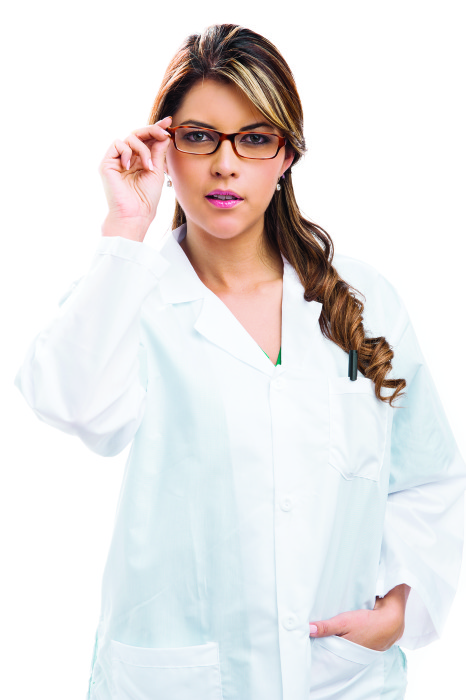 Credit: Shutterstock
Chemical modeling: To complete the look, she should really have goggles and black nitrile gloves.

If none of the descriptions sounded good to the kids, they should probably go into modeling. At least that’s one way to read the results from a recent career tool published by the New York Times.

The U.S. Department of Labor publishes extensive data on what skills and tasks are most in demand for hundreds of jobs. For each job in the data set, the Times team found the job with the least overlap. And according to its analysis, a model is as close as you can get to the opposite of a chemist.

Most chemists would agree with DOL that “chemistry” and “mathematics” are important to their jobs. But lab work would be tough without “stamina,” the supposedly least-used skill for a chemist, and without the also-low-ranking “ability to reach with arms, hands, and legs.”

Any chemists now perversely tempted to trade the bench for the runway should be aware that chemists share their foil with physicists, materials engineers, and microbiologists. In fact, “model” is the opposite job that comes up most frequently on the Times’ tool. So it may be less cosmic complementarity and more that being a model is a really weird job.

The second most common opposite job is “physicist.” In a worrying sign for Newscripts writers given the close alignment of chemistry and physics, one job with “physicist” as its opposite is “reporter.”

Comments
Madame Curious (September 17, 2017 6:36 PM)
I beg to differ. My chemistry students and friends often model for pictures I take in our labs. I think that most chemists could be models (quality unknown), but not many models could be able to be good chemists.
Reply »