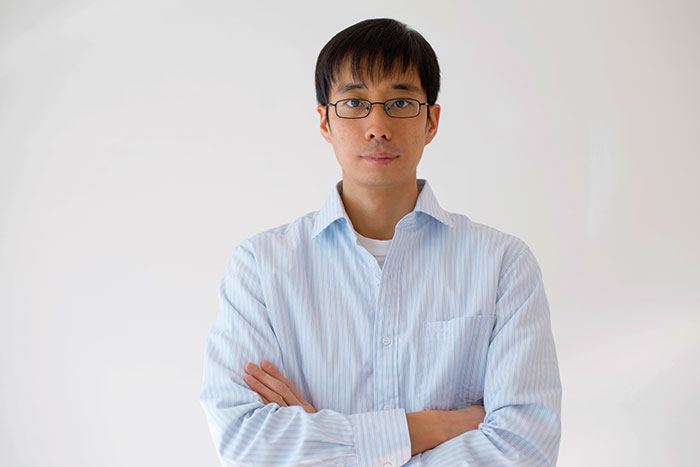 You may have already seen Yan Liang’s scientific illustrations without realizing it. They have graced the covers of prominent scientific journals including Science and Proceedings of the National Academy of Sciences.

Liang embarked on his career in scientific illustration in 2011 as a freshly minted Ph.D. “Computer graphics was a big hobby of mine when I was in college and graduate school,” he says. “So when an opportunity arrived to join Digizyme and work on ‘E. O. Wilson’s Life on Earth,’ a digital textbook, I went for it without hesitation.” After that, he did freelance illustration work for researchers all over the world.

Those experiences helped him land a job in 2014 on the faculty of the University of Science & Technology of China (USTC) in the department of science and technology communication. That year, for one of his first projects at the university, he led a small team from USTC and Tsinghua University Press to create “Beautiful Chemistry,” a series of artfully shot videos of chemical reactions. The project earned wide acclaim, including the 2014–15 Experts’ Choice award in the Vizzies Visualization Challenge organized by the U.S. National Science Foundation and Popular Science magazine. It also jump-started an ongoing collaboration with C&EN.

In spring 2016, Liang founded Beauty of Science, an education brand of the start-up Xinzhi Digital Media, of which Liang is also a cofounder. Beauty of Science is developing a suite of educational materials and in the meantime gets its funding from grants, video footage licensing, and royalties from “Hey! Elements,” a kids’ comic book about the periodic table’s elements and compounds made of those elements, which was published in September.

“The Beauty of Science team includes 30 members from a variety of backgrounds, including science, art, design, coding, and education,” Liang says. “We are a passionate group of people who want to let more people, especially kids and students, appreciate the beauty and wonder of science.”

Whereas “Beautiful Chemistry” was a discrete project aimed at bringing the beauty of chemistry to the general public, Beauty of Science is a brand that creates broader content for science education and outreach, Liang says. “As the name suggests, we want to move beyond chemistry and bring the beauty and wonder of science to more people.” In the early stages, his team has continued working mainly in chemistry, except for one ongoing project called Prologue of the Electrical Age about the history of electrical study. More recently, Beauty of Science has started focusing on science education in primary schools in China. “We think it is very important to get more students interested in science at young ages,” Liang says. C&EN sat down with Liang to talk about what it takes to make awe-inspiring chemistry videos and other educational materials. 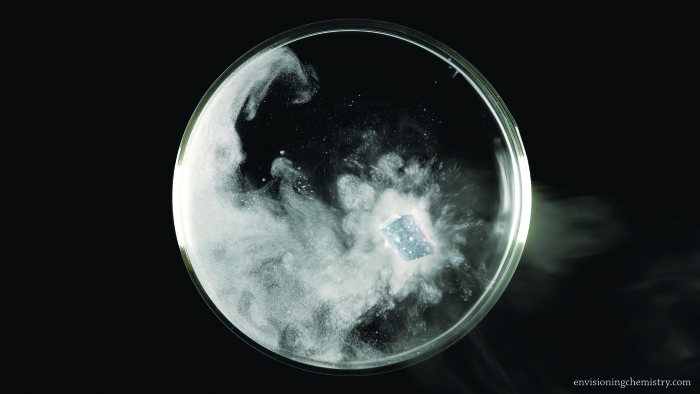 You recently launched a new project, “Envisioning Chemistry.” What is it, and how do you see people using it?

The first was an artistic approach, in which we used chemical reactions to explore new possibilities in filmmaking. Good examples of this approach are the films made by Wenting Zhu, a graduate of the Academy of Arts & Design at Tsinghua University, especially “Electrodeposition” and “Precipitation IV.”

The second was a technical approach, in which we took advantage of state-of-the-art photography equipment, including high-resolution microscopes, infrared thermal imaging cameras, high-speed cameras, and 4K ultra-HD cameras, to reveal the beauty of chemical reactions like never before. A good example of this approach is “Getting Hot (with Thermal Imaging).”

We did two things to turn “Envisioning Chemistry” into a tool for chemistry teachers. First, we created a worksheet for each film. The idea is that the films will get students excited, and the worksheets will help them master key chemical concepts. Second, to solve the challenge of effectively demonstrating chemical reactions in classrooms, we created a resource including about 200 educational videos covering most of the chemical reactions in a high school chemistry curriculum. These chemical reactions were captured in great detail so that every student in the classroom can make his or her own observations. We are now looking for a sponsor to make this resource free to all teachers in the world.

How do you get ideas for shoots?

Ideas mainly come from three sources. First, from our experience with “Beautiful Chemistry,” we knew we could achieve more with new equipment such as microscopes and thermal imaging cameras. Second, we got inspiration from other online videos of chemical reactions and then thought about how we could do better in our films. Third, new ideas and inspirations always emerged after we started the experiments. Of course, many ideas also got rejected because they did not work in experiments.

What video was the hardest to make?

“Getting Hot (with Thermal Imaging)” is the hardest film we made. For each reaction/process, we had to shoot both the normal visible light footage and infrared thermal imaging footage because the comparison of the two is what makes the film interesting. We are still figuring out a way to inset the temperature data, and we hope to do that in the next film.

What advice can you give our readers about visually communicating their research?

In this age where almost everyone is overwhelmed by information, high-quality graphics and photos are becoming more important for researchers to communicate their research quickly and effectively. Indeed, many journals now require a table of contents image to summarize the whole research paper, which is a challenging task. From my personal experience, I have three pieces of advice: (1) Learn the basic principles of graphic design to avoid making obvious mistakes in typography, color use, and layout; (2) read “The Visual Display of Quantitative Information” by Edward Tufte, which changed my way of making scientific graphics; (3) invest time to master a good graphics tool such as Adobe Illustrator or Affinity Designer, which makes creative scientific graphics fun and productive.

Share X
To send an e-mail to multiple recipients, separate e-mail addresses with a comma, semicolon, or both.
Title: Beauty of Science founder reveals his tips for making awe-inspiring chemistry videos
Author: Craig Bettenhausen
Chemical & Engineering News will not share your email address with any other person or company.

Comments
ken osborn (November 8, 2017 4:46 PM)
introduced to both chemistry and photography about 60 years ago, I find the visualization of chemistry as fascinating now as I did so long ago. And later when I got my first iPad I had to use it to capture crystal growth by placing the camera eyepiece over a microscope with a Petri dish containing a few crystals of table salt dissolved in water - alignment of iPad and microscope was tricky. The technology has changed the way we can do this, and the thermal imaging captures are, well, captivating!
Reply »

L Zhang (November 9, 2017 2:12 AM)
Great job, Yan Liang! I find the videos extremely facinating and resonate with my gut feeling of communicating the beauty of science to other people. We scientists need these kind of tools and professional help to create communication potential for our research. Most of all, to educate the public and the students in an interesting and tangible way is always a great need. We need more students to get excited about the beauty of science.
Reply »