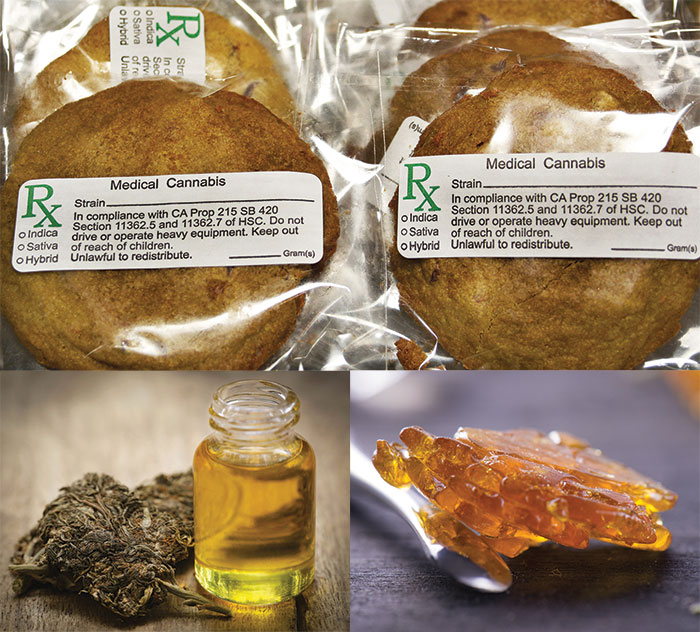 Credit: Shutterstock
Cannabis is found in many types of products, including oils, waxes, and edible treats, making analytical testing a challenge.

A nurse, a pharmacist, a former casino employee, and a few dozen other people hoping to cash in on Maryland’s medical cannabis industry gathered in mid-October at a day spa in the state. They were there as prospective dispensary employees to be trained by an advocacy group, Americans for Safe Access, about standards and procedures for ensuring the safety and quality of medical cannabis products.

Maryland, like dozens of other U.S. states, has legalized the medical use of cannabis, even though possession of such products is still illegal under federal law. More than 100 dispensaries have already obtained preliminary licenses to sell cannabis products in Maryland, and they expect to open their doors to qualified patients in the coming months.

States such as Maryland that are gearing up to launch medical cannabis industries are taking quality and safety seriously. They have the advantage of learning from mistakes made by other states, such as Arizona, California, Colorado, and Washington, which blazed the trail for medical cannabis legalization several years ago.

“Cannabis itself is quite chemically complex,” says Melissa Wilcox, sales and market development manager at Regis Technologies, a company that makes columns and other supplies for chromatography instruments. It contains “cannabinoids, such as THC and cannabidiol (CBD); hydrocarbons; sugars; fatty acids; flavonoids; terpenes; and other compounds, so it is difficult to test even just plant material,” she adds.

Most, but not all, U.S. states require some analytical testing of cannabis. The most common tests are for impurities and strength.

Strength:
▸ Cannabinoids, including cannabidiol and ∆9-tetrahydrocannabinol by LC

When manufacturers add cannabis to even more complex products, such as edibles or lotions, the analytical problem is even bigger. “You have an already complex sample now being put in a complex matrix with lots of fat and sugar,” Wilcox says. “Every different edible can be a new method development project.”

The U.S. Environmental Protection Agency, the U.S. Food & Drug Administration, and other federal regulators are not allowed to offer guidance or otherwise help states develop safety standards and Good Manufacturing Practices for cannabis products. That’s because cannabis is classified by the U.S. Drug Enforcement Administration as a Schedule I controlled substance, the most dangerous class of drugs, which includes heroin and lysergic acid diethylamide.

So states are on their own to develop best practices and standards for the medical cannabis industry in the face of complicated analytical challenges. Each state does the job a little bit differently, with varying degrees of success.

California and Arizona still lack mandatory testing requirements for cannabis, for example, says chemist Jeffrey Raber, cofounder of the Werc Shop, a California-based cannabis testing lab. But the rules are about to change in California. Next year, the state plans to require that cannabis products be tested for more than 60 contaminants, such as pesticides and mold. The regulations were released in draft form, but they have yet to be finalized, Raber says.

Even in states with medical cannabis programs that do require some kind of testing, the accuracy of those test results varies widely, Raber says. He formerly operated a cannabis testing lab in Washington, but he shuttered it earlier this year. He claims the state wasn’t checking the scientific competency of all cannabis testing labs. “We saw people giving very inaccurate results,” he says.

Scientific competency aside, there’s also incentive to fudge the numbers: Growers and dispensaries get a premium price for cannabis products that have high levels of THC. And when labs can use whatever method they want to analyze for THC, businesses can try several labs until they get the number they want. Consequently, in some states it is common to see products with inflated THC levels, Raber says.

Sampling is also a big issue in some states because growers or dispensaries are allowed to pick their best buds for testing, even though they may not be representative of the whole batch. In contrast, Oregon requires that laboratory personnel, not the grower or seller, collect samples. California is planning to adopt that policy next year along with the testing requirements, Raber says.

Regulators in Maryland, Pennsylvania, Florida, Nevada, and a few other states with emerging cannabis industries are paying attention to the quality and safety issues that have plagued other states. Maryland, for example, is requiring testing of cannabis products and training of dispensary operators before cannabis businesses open. Nevada has also developed stringent regulations for testing cannabis products, Raber says.

To bring more rigor to cannabis product testing, several states are turning to guidelines created by third-party organizations. One, the Foundation of Cannabis Unified Standards (FOCUS), was founded by Lezli Engelking in 2014.

After Arizona legalized medical cannabis in 2010, “I fell in love with the possibilities medicinal cannabis has to positively impact lives,” recalls Engelking, who operated one of the first medical cannabis businesses in Phoenix. “I also became aware of all of the risks to public health and safety that exist in the industry as it is today.”

Before Engelking started her medical cannabis business, she worked in the pharmaceutical industry for more than 12 years. “It was there that I learned the importance of compliance, Good Manufacturing Practices, and all the implications that come along with not producing safe, quality, and consistent products,” she says.

Another organization that has developed standards is the American Herbal Products Association (AHPA). Both FOCUS and AHPA put together their guidelines using stakeholder volunteers, including many people in the cannabis industry.

Some states are also taking advantage of a cannabis monograph issued by the American Herbal Pharmacopoeia (AHP) with guidelines, including test methods, for making cannabis products that meet botanical safety requirements.

More than 20 states have cited the AHP and AHPA guidelines “as a standard of botanical identity, analysis, and quality control for the product,” says Jahan Marcu, chief scientific officer at Americans for Safe Access and one of the authors of the AHP cannabis monograph.

Other organizations are also working to develop standard methods for the cannabis industry, but many of the efforts are just getting under way. For example, the U.S. Pharmacopeia, a standards organization focused on ensuring the quality and safety of medicines and foods, has established an expert cannabis panel. The group met in August to begin drafting standards related to the botanical identity of cannabis plants, as well as the chemical analysis of cannabinoids, terpenes, and contaminants such as heavy metals, pesticide residues, microbes, and aflatoxins.

Another standards organization, AOAC International, is also working to develop standardmethods for analyzing various compounds in cannabis products. “AOAC is starting with a standard method for analyzing cannabinoids and pesticides in plant material,” says Wilcox of Regis Technologies. Wilcox serves on AOAC’s cannabis working group. “Eventually the group will work on a method for analyzing cannabinoids in chocolate and keep going from there” to other edible cannabis products, she says.

Meanwhile, another effort is under way to develop broader cannabis guidelines at the global level through the organization ASTM International. The FOCUS and AHPA standards are serving as the starting point. ASTM held the first meeting of its new cannabis committee in June. Subcommittees of that group are focusing on different areas, including laboratory testing, security and transport, cultivation, and processing.

“The U.S. has about 5,000 cannabis operations,” Marcu says. “Europe has about 50,000 because CBD is not a controlled substance there,” he says. “In the Czech Republic it is hard to buy a food product that doesn’t have CBD or hemp” on its label, he adds. It’s in sausage and tempeh and cookies and crackers, he says. But there are no standards, so the levels are “all over the place.” One cookie might have 10 mg of CBD; another, 200 mg.

There is a clear need for “comprehensive standards that serve across jurisdictional boundaries,” Marcu says. If a cannabis operation is certified in the U.S. and someday is allowed to export to Europe to another distributor or for a clinical study, will the certification be recognized by government officials there? he asks.

The cannabis industry is a moving target, with constantly changing regulations, but some kind of standards needs to be applied, Marcu says. He teaches training classes, including the one at the day spa in Maryland, through a program at Americans for Safe Access called Patient Focused Certification. The program offers training services based on AHP and AHPA standards to businesses growing, manufacturing, testing, ordistributing medical cannabis products. “We train both the industry and the inspectors that go into the facilities,” Marcu says.

A lot of trainee inspectors are former law enforcement officers, he says. “They are world-class experts at detecting criminal activity and diversion. But many of them have not stepped foot in a manufacturing plant or a laboratory before,” he says. Marcu’s training covers laboratory operations, including safety precautions for extraction facilities, processes forsecuring gas tanks, and chemical storage.

With all the issues facing the cannabis industry, “the thing I’m most concerned about is public safety,” he says. “Everyone has the same goal of protecting public health.”

Analytical Chemistry
Radioactive plume detected above Europe
Spectroscopy
Chemistry in Pictures: The swimmers who do SERS
Mass Spectrometry
Human and plant metabolites and synthetic opioids added to US NIST Mass Spectral Library
Share X
To send an e-mail to multiple recipients, separate e-mail addresses with a comma, semicolon, or both.
Title: Cleaning up cannabis
Author: Britt E. Erickson
Chemical & Engineering News will not share your email address with any other person or company.

Comments
Robert Buntrock (November 27, 2017 4:52 PM)
The article cites and illustrates THC and CBD but fails to point out that CBD is the superior medicinal cannabinoid. Horticultural methods can be used to optimize CBD content over THC so the resulting product is more beneficial medically and less hallucinogenic.
Reply »