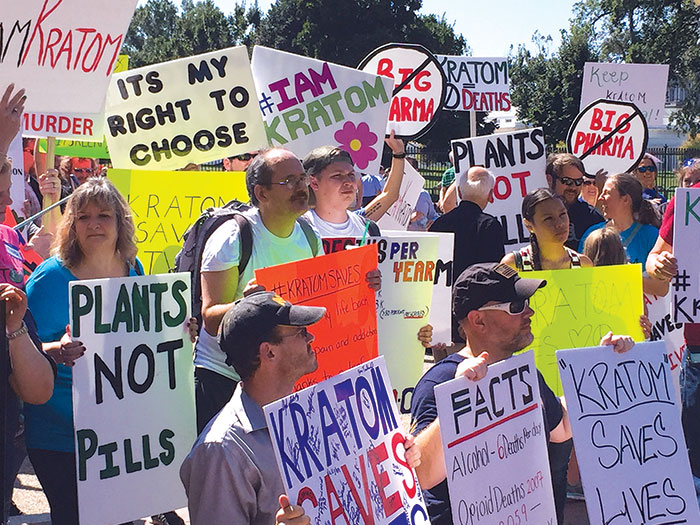 Consumers should avoid using kratom, a plant native to Southeast Asia, to self-treat serious medical conditions such as pain, anxiety, and depression, the U.S. FDA warns in a public health advisory issued on Nov. 14. The agency claims that kratom acts similarly to opioids and has “similar risks of abuse, addiction, and in some cases, death.” Last year, the U.S. Drug Enforcement Administration proposed to temporarily classify two chemicals found in kratom—mitragynine and 7-hydroxymitragynine—as Schedule I controlled substances, the most dangerous class of drugs. But patient groups and some members of Congress pushed back, citing the benefits of kratom as an alternative to opioids. DEA withdrew its proposal and asked FDA to conduct a comprehensive evaluation of the safety and medical effectiveness of the two chemicals in kratom. FDA says data clearly show harmful effects of kratom, including increased calls to poison control centers and 36 deaths associated with its use. People who use kratom, represented by the American Kratom Association, dispute FDA’s data, claiming the deaths involved people who were taking multiple drugs, not just kratom.