How oysters and whales are more like us than we thought 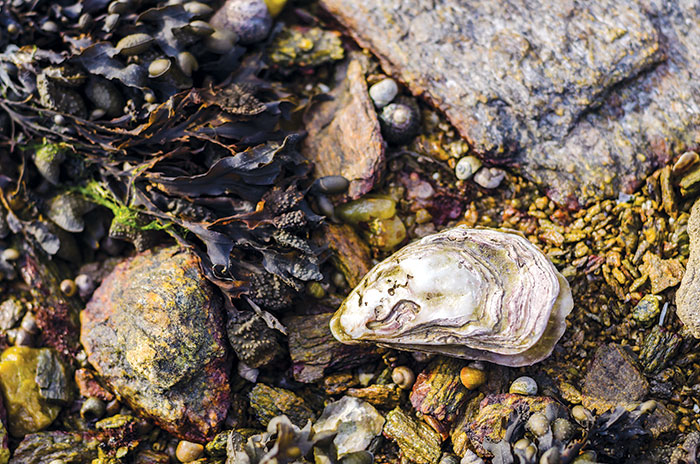 Credit: Shutterstock
Keep it down: Oysters shut their shells to shut out noise.

A recent study into oysters’ auricular abilities started with a diver’s simple question. While filming underwater experiments off the coast of Spain, the aquatic adventurer was surprised at how noisy the sounds of cargo ships were as they went about their business nearby. It made him wonder: Can oysters hear this, too?

The diver mentioned his musings to Jean-Charles Massabuau, a researcher at the French National Center for Scientific Research and director of said experiments, whose curiosity was so piqued by the inquiry that he decided to launch an investigation.

But finding the answer wouldn’t be easy. After all, he couldn’t exactly ask the oysters, who one might imagine would be rather tight-lipped. Then there’s the issue of the bivalves’ total lack of anything resembling ears.

Yet Massabuau and his team were undeterred. A sense of hearing was a matter of interpretation, they said. The true test of auditory acumen was whether the oysters responded to the vibrations of sound waves traveling through the water.

With that in mind, the researchers designed mini-electromagnetic sensors and strapped them onto each oyster’s shell. Then the scientists serenaded the shellfish with variously pitched tones while the sensors tracked the mollusks as they opened and closed their shells (PLOS One 2017, DOI: 10.1371/journal.pone.0185353).

Within a few minutes of a tone being played, the oysters shut their shells, which the researchers took to mean that they could, in fact, hear.

And they may not be happy about their noisy neighbors. The scientists found that oysters that were exposed to sound were sluggish and “breathed,” or ventilated, more slowly than those who weren’t subjected to the tones. It was almost like they were depressed, Massabuau tells Newscripts.

The bad news for the bivalves is that noise pollution is only getting louder, coming from ships and, even worse, wind turbines, which churn continuously. Some good news, however, is that oysters’ hearing seems to be limited to low frequencies and drops off at higher frequencies. Massabuau describes the range of their abilities in musical terms. If you took oysters to the symphony, he says, they’d be able to hear the drums but not the violins.

Just as it does among humans, the range of hearing varies among oysters. And just like us, they’d appreciate some peace and quiet. 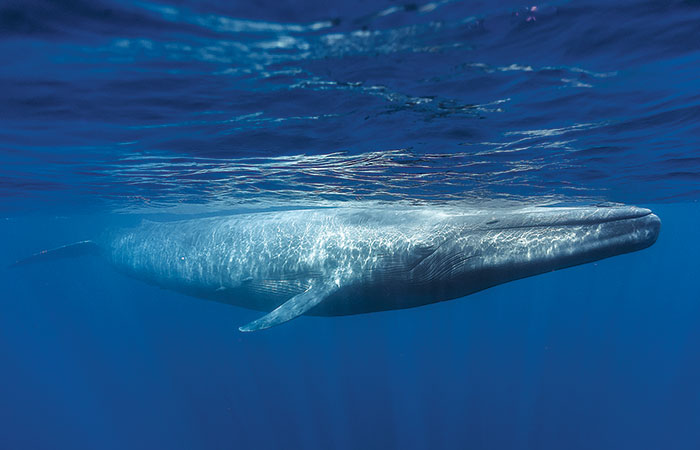 Credit: Shutterstock
Lonely lefties: Southpaws are special among whales too.

Whale songs might be one sound prompting oysters to clam up. Everyone’s a critic. But blue whales might be expressing something important. Perhaps they are vocalizing preferences, a popular pastime for people as well.

The study took whale watching to the extreme. Over the course of six years, scientists tracked 63 whales and about 2,800 “lunge feeding” events in which they feasted on patches of krill.

The team saw a connection between the animals’ “handedness” and the depth at which they were feeding. At deeper depths, where whales typically feed, they attacked their prey with tight 180° turns to the right. But closer to the surface, they tended to perform full 360° rolls to the left.

Lead author Ari Friedlaender told the online news outlet SFGate that the whales’ directional preference likely depends on which side lets them best keep their eyes on the krill-filled prize.

Biological Chemistry
Collaborating creatures
Genomics
Crawly critters’ mysteries and marvels
Education
Sexy yellow frogs and hot red snow
Share X
To send an e-mail to multiple recipients, separate e-mail addresses with a comma, semicolon, or both.
Title: How oysters and whales are more like us than we thought
Author: Tien Nguyen
Chemical & Engineering News will not share your email address with any other person or company.