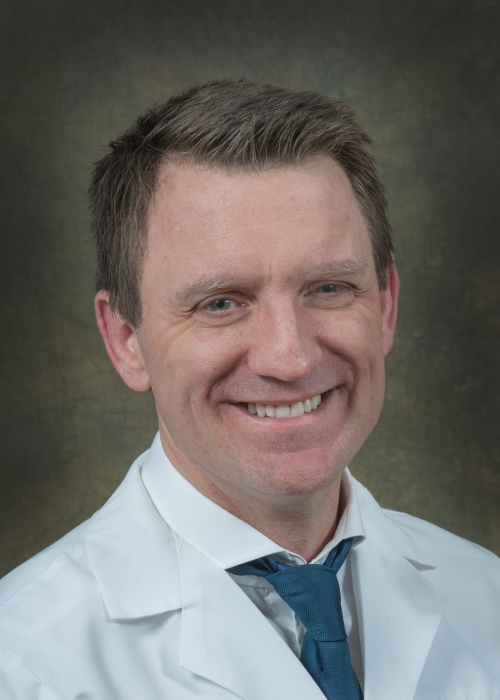 It was while working as a postdoc in Germany tracking proteins and RNA in cells that molecular biologist Sascha Drewlo first became fascinated by the placenta, the organ that supports a developing fetus. In 2007, he went to Mount Sinai Hospital in Toronto to work with John Kingdom, an obstetrician who treated high-risk pregnancies and ran a medical center focused on studying and treating placental complications.

Now at Wayne State University, Drewlo uses genomics to study placental cells, which carry the same DNA as the fetus. In November 2016, he and his colleagues reported that embryos and fetuses can be genotyped as early as five weeks into gestation using cells collected from the mother’s cervical canal by a Pap smear (C&EN, Nov. 7, 2016, page 13). Erika Gebel Berg spoke to him about how this method might be a safer way to do early genetic testing for birth defects and to predict pregnancy complications.

You sequence a fetus’s genome using cells called trophoblasts. What are they, and what do they have to do with pregnancy?

In very early pregnancy, genetic diseases or placental complications are already established, but the only way to detect them at this stage is to get a piece of the placenta or sample of amniotic fluid, which involves invasive procedures. Trophoblasts are cells that start in the fertilized egg but then transform during early embryo development, becoming important for the growth and maintenance of the placenta.

When the egg gets fertilized, it embeds in the uterus. The embryo forms, and the placenta forms. As part of this process, some trophoblast cells end up in the cervix. If you do a Pap smear, as early as five weeks into pregnancy you can catch some of those cells. This has been known for 45 years, but the problem was we never got a clean population of trophoblasts because a Pap smear collects 2,000 times as many maternal cells as fetal cells. Our technology enriches the trophoblasts so that we get approximately 90% fetal DNA and 5–10% maternal DNA in our samples. Basically, we use an antibody bound to magnetic particles that detects the fetal cells specifically. Then, using a magnet, we are able to purify the fetal cells. The trophoblast cells that wander down to the cervix should be genetically representative of the placenta.

What do those cells tell you about the early stages of pregnancy?

The hardest challenge for us to solve is to know who will have a pregnancy complication. Doctors do ultrasounds and try to find markers in blood to figure out who is at risk. But none of that works very well in the first trimester when it’s really informative.

Early pregnancy loss is kind of a black box to us. Now we have the opportunity to look at those patients because these cells are part of the placental development and are thought to be one of the root causes for a successful or unsuccessful pregnancy. We are now able to harness the information in those cells.

In an earlier paper, we reported collecting trophoblasts from pregnancies that initially didn’t display any troubling symptoms but later developed complications such as preeclampsia or intrauterine growth restriction (Sci. Rep. 2016, DOI: 10.1038/srep32382). We showed that those cells had produced different amounts of a set of proteins compared with healthy pregnancies. We can now study those cells in greater detail and might uncover mechanisms that relate to disease development and progression. Although the cells are no longer in the placenta at the time of the Pap smear, we’ve shown that they still retain information on the health of the pregnancy. I think we will make big leaps there because for the first time we have a window into early pregnancy.

Could your trophoblast test replace prenatal tests such as chorionic villus sampling (CVS) or amniocentesis, which are invasive and can potentially lead to pregnancy loss?

It still needs to be proven in larger studies, but there is potential that this technology will completely replace those tests. We showed that the genetic information from trophoblasts was identical to the genetic information from the gold standard tests, such as CVS. There is no reason you should not be able to detect the same abnormalities as the gold standard tests with just a simple Pap smear. Based on testing in 600 pregnant women, we have seen no increase in any risk or loss beyond what is normal.

Aside from CVS and amniocentesis, there are blood tests now that can sample fetal DNA floating free of cells in a pregnant woman’s bloodstream. How does your method compare with these tests, which can also be done very early in pregnancy?

Cell-free DNA is a screening tool, not a diagnostic tool. The reason is that they collect a tiny amount of DNA, which is fragmented in the maternal blood. In those samples, 5% of the total DNA is from the fetus; 95% is the mother’s. In comparison, our technology yields the opposite.

That means the current technology can resolve only large differences in DNA sequence. So the current consensus in the U.S. by the American College of Obstetricians & Gynecologists is that a woman who screens positive for aneuploidy [an abnormal number of chromosomes] should undergo an invasive test to ensure that this is true and not a false-positive result.

What cell-free DNA cannot do, but we can do, is look for single-nucleotide mutations, which are responsible for about 6,000 diseases. Our technology for the first time provides a way to look with nucleotide resolution on the fetal genome.

CVS can be done between 10 and 13 weeks of pregnancy, while amniocentesis is usually done between 14 and 20 weeks. What is the range for your test, and what are the implications of that timing?

The test can be done from five to 20 weeks of pregnancy. Let's assume you discover a lethal disease at nine weeks or less; you can still do a chemical intervention at that point. You basically swallow a pill to manage the pregnancy. At the same time, if we develop treatments for genetic diseases and pregnancy complications in the future, we will have to know very early what's going on. You've probably heard the hype about the gene-editing technology CRISPR. There was a study where they basically cured hemophilia in a mouse model very early in utero. That might be where we go in the future, if society decides to do so. What we are providing are tools to assess pregnancy and fetal health to ensure healthy moms and babies.

Erika Gebel Berg is a freelance writer. This interview first appeared in ACS Central Science: http://cenm.ag/drewlo. It has been edited for length and clarity.