A nexus for science 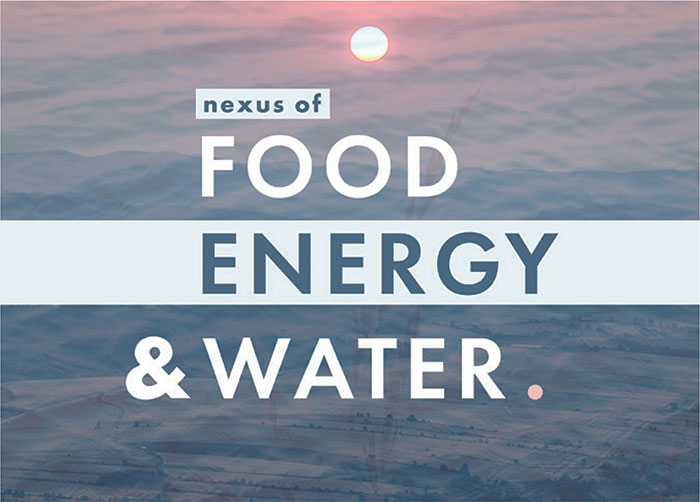 Every ACS national meeting has a theme. Recent ones have included “Computers in Chemistry” (spring 2016), “Chemistry of the People, by the People, for the People” (fall 2016), and “Chemistry’s Impact on the Global Economy” (fall 2017). The theme for the spring 2018 national meeting, which takes place March 18–22 in New Orleans, is “Nexus of Food, Energy & Water.” I was intrigued by the choice of wording here—in particular, by the choice of the word nexus. I looked it up in Merriam-Webster’s Collegiate Dictionary, and it has three possible meanings: (1) connection or link, (2) a connected group or series, and (3) center or focus. I don’t have insight into how or why these themes are decided, but I like to think that in this case the intended meaning is number 3: the central and most important point or place of food, energy, and water. The difference in meaning between this and the other definitions is subtle but important because it provides a sense of urgency. If we think of a nexus as the most important place, we are not connecting food, energy, and water as simply areas of research but as areas of priority. It sends a message to the public that the chemistry community continues to be committed to solving these global challenges.

Given the theme, it doesn’t come as a surprise that a number of symposia on these critical issues—“Road Map & Policy of Energy & Fuels,” “Analytical Chemistry in the Developing World,” and “Water Supply Safety”—made it into C&EN’s curated list of what to attend at the meeting, which by the time you read this will be in full swing.

Another highlight of the spring national meeting is the address by ACS’s Priestley Medalist. This year the recipient of this accolade—the society’s highest—is Geri Richmond. You can find out more about her life and research on page 26 and read her award speech on page 32.

For those interested in what goes on at the ACS national meetings, whether you are attending or not, C&EN is introducing a daily curated newsletter that will help you keep up with events and feel connected with the thousands of chemists who every spring and autumn gather together to discuss our science. If you sign up today (Monday), you’ll still catch three issues.

As I wrote this editorial I heard the sad news of the death of Stephen Hawking, and I wanted to pay him a tribute. If a person can be a nexus, he definitely was one: a nexus between science and society. He was a theoretical physicist who made revolutionary contributions to our understanding of the universe and became one of the world’s most widely known and respected scientists. He was a rare breed: a scientist—and a “celebrity” scientist at that—who roamed the world delivering public lectures to huge audiences made up of people from all walks of life. He was someone who defeated the odds—and established medical opinion—by living for 55 years after an ALS (amyotrophic lateral sclerosis) diagnosis at age 21. When he was still able to talk unaided, he would do so at great effort, and it is thought that the difficulty he found to express himself resulted in a style that delivered short sentences that went directly to the point.

Interestingly, some folks in the Twittersphere noted a couple of coincidences: Hawking was born Jan. 8, 1942, on the 300th anniversary of Galileo Galilei’s death, and died March 14, on the anniversary of Albert Einstein’s birth. Three geniuses who advanced science in extraordinary ways, against all odds. So I’d like to finish with a quote by Hawking that many find inspirational: “Look up at the stars and not down at your feet.” Let’s.