Genome scan turns up aspterric acid, which has a new mode of herbicidal action

The enzyme dihydroxyacid dehydratase is a promising weed-control target, but synthetic molecules designed to block the enzyme have not worked when tested on plants. Now, researchers have successfully targeted the protein with a molecule from fungi, aspterric acid (shown), and they say the molecule could become an effective weed killer with a new mode of action (Nature 2018, DOI: 10.1038/s41586-018-0319-4). The work comes from a team led by Steven E. Jacobsen and Yi Tang of the University of California, Los Angeles, and Jiahai Zhou of Shanghai Institute of Organic Chemistry. They reasoned that fungi, which frequently kill plants, might make molecules that target critical enzymes like dihydroxyacid dehydratase. If so, the fungus would also have to contain a gene that protects itself from the molecule’s effects. So the team scanned fungal genomes looking for protective genes located near molecule-making machinery. They found just such a gene combination and learned that it produces aspterric acid, which was discovered 40 years ago but had an unknown mechanism until now. In small-scale lab tests, the team found aspterric acid is an effective herbicide and adding the fungus’s protective gene to a plant keeps it safe from the molecule’s effects. UCLA has filed a patent application on the technology. 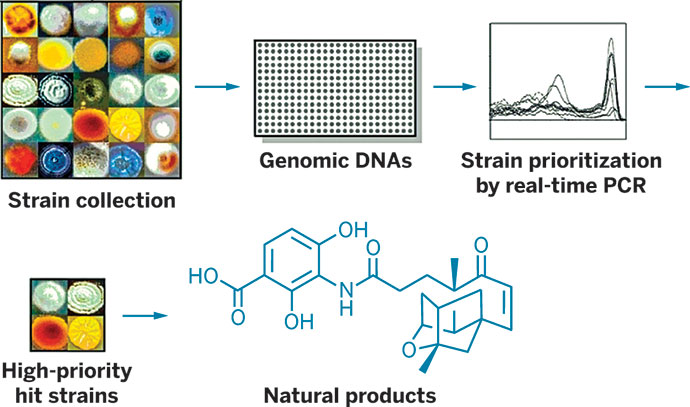 Biological Chemistry
Chemists Stabilize Spliceostatins
Share X
To send an e-mail to multiple recipients, separate e-mail addresses with a comma, semicolon, or both.
Title: Molecule from fungi might whack weeds
Author: Carmen Drahl
Chemical & Engineering News will not share your email address with any other person or company.