Study shakes up scientists’ understanding of how bacterial infections develop

Thousands of strains of bacteria live on the surface of your skin. Most of them are harmless and can even be helpful, outcompeting their pathogenic neighbors for available resources.

Credit: Tao Jin
Healthy mouse paw (left) compared to paw of a mouse with septic arthritis (right) after injection of cell wall material from noninfectious bacteria and a low dose of S. aureus.

When you get a cut, however, this community of bacteria invades the body, where even a few individual microbes of bacteria like Staphylococcus aureus can cause disease and, in some cases, death. S. aureus has evolved strategies to survive attacks from the host’s immune system while innocuous strains succumb easily.

Instead of being innocent bystanders, however, benign bacteria may actually help pathogens evade the immune system, according to findings from an international team of researchers. Dubbed “proinfectious agents” by the team, these bacteria, or even just parts of them, enabled the development of S. aureus infection in lab tests on mice and zebrafish (Nat. Microbiol. 2018, DOI: 10.1038/s41564-018-0198-3).

Understanding how S. aureus causes infections, known as its pathogenesis, is critical in developing treatments such as antibiotics or vaccines, says study coauthor Simon J. Foster of the University of Sheffield. His lab has identified targets for possible vaccines, which don’t yet exist for S. aureus.

In the study, the researchers found that a species of bacteria called Micrococcus luteus—a common noninfectious bacteria found on skin—helped enhance S. aureus infection in zebrafish, even when the Micrococcus cells were dead.

This discovery led the researchers to probe components of M. luteus, such as peptidoglycan, a polymer found in the bacteria’s cell wall, for their ability to affect pathogenesis. Mice injected with the cell wall polymer along with very low doses of S. aureus indeed became infected. In contrast, injecting mice with polymer alone or the same low dose of S. aureus had no effect. The researchers also showed that the polymer enhanced infection by both drug-resistant and drug-sensitive strains of S. aureus.

The team then investigated how the cell wall polymer helps the pathogen survive the immune system’s chemical attacks. In mice lacking white blood cells with the ability to produce reactive oxygen species, the team found that the polymer was unable to enhance infection. Thus, they propose the polymer may interfere with the oxygen species, which are known to destroy pathogens.

“This is certainly a groundbreaking piece of work that forces us to completely reconsider the pathogenesis of a bacterial infection,” says immunologist Rachel M. McLoughlin at Trinity College Dublin.

The fact that the cell wall material itself can facilitate S. aureus infection is “extremely interesting,” she says. “Imagine a situation where only one or two bacteria are resistant to the antibiotic being used,” McLoughlin says. “Then you have a situation whereby the particulate material from the dying, antibiotic-susceptible bacteria enhances the ability of the antibiotic-resistant bacteria to survive, potentially overcoming the host.”

McLoughlin says these findings could also have a major impact on in vivo animal infection models. Typically, researchers use large amounts of bacteria to infect animals even though real infections require only a few bacteria. With the addition of proinfectious agents like the cell wall polymer, scientists may be able to use lower doses of bacteria, making models more biologically relevant, she says. 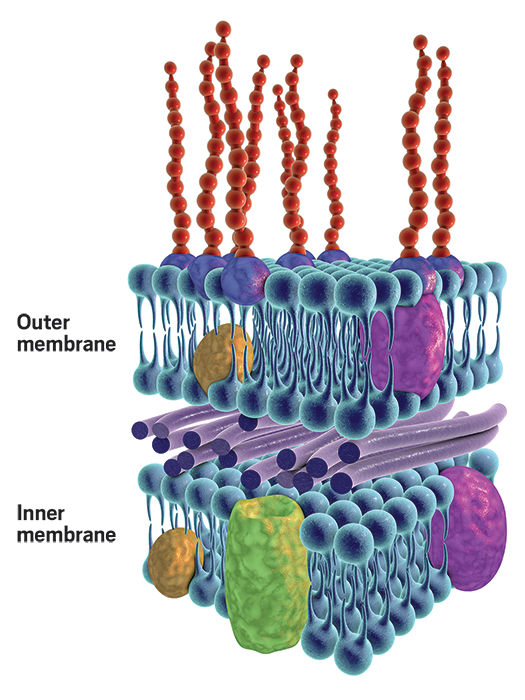 Pharmaceuticals
Dual therapy first weakens, then kills antibiotic-resistant pathogens
Share X
To send an e-mail to multiple recipients, separate e-mail addresses with a comma, semicolon, or both.
Title: Pathogen recruits good bacteria on skin to initiate infections
Author: TIen Nguyen
Chemical & Engineering News will not share your email address with any other person or company.