An ancient remedy might do what no-calorie sweeteners could not

If you’ve vowed to cut back on sugar, you are in good company. A survey of US consumers by the research firm Label Insight found 47% planned to eat less sugar or buy more no-sugar-added foods in 2018.

Many people struggle to cut down on sugar. A study of adults diagnosed with metabolic syndrome who were coached for a year to reduce sugar in their diets showed the majority continued to exceed recommended limits for added sugar (Eur. J. Nutr. 2017, DOI: 10.1007/s00394-017-1390-6).

An ancient remedy might do what no-calorie sweeteners could not

The World Health Organization says added sugars should account for no more than 10% of total calories consumed in a day, or a maximum of 50 g for an adult male on a 2,000-calorie diet. Ideally, we’d eat half that. Yet the average American consumes over 71 g, according to the US Department of Health and Human Services.

Clearly, health warnings alone will not fix our craving for sugar.

Its hard to ignore those cravings in the face of cheap and tasty food with high levels of added sugars. But another factor is biology: the taste of sugar kicks off a cascade in our bodies that triggers the reward pathways in the brain’s limbic region.

Dieters may turn to foods sweetened with no- or low-calorie sweeteners like sucralose. But biology conspires against us again. Research shows that consuming the sweeteners does not reduce cravings or appetite (Curr. Gastroenterol. Rep. 2015, DOI: 10.1007/s11894-014-0423-z).

“Sucralose tastes sweet, but it doesn’t deliver what sweetness is promising—namely, calories,” says Gary K. Beauchamp, the emeritus director of the nonprofit Monell Chemical Senses Center, who studies sweet taste and its evolution.

“In nature, sweetness tells you there are calories in there; that’s why animals respond so positively to sweet things. One of the most important things an animal has to do all the time is to make sure to have enough energy,” Beauchamp says. The presence of sweet taste, particularly when bitter tastes are absent, is associated with safe, calorie-dense foods containing sugars like glucose. In short, we were built to crave sugar.

If sugar cravings are at the root of our troublesome diets, it’s remarkable how few proven tools exist to reduce them.

It is one of the most vile substances you will ever taste.
Cara Cesario, chief scientific officer, Sweet Defeat

One is a plant, called Gymnema sylvestre, that contains sweet-taste-blocking compounds. Gymnemahas long been used in Ayurvedic medicine, with its origins in Southeast Asia. The Hindi word for the plant means “destroyer of sugar.” Research on the plant shows that the molecules responsible for its ability to shut down sweet-taste receptors are gymnemic acids, of which dozens exist in the plant.

Consumers can buy products featuring an extract of Gymnema, “but it is one of the most vile substances you will ever taste,” says Cara Cesario, an organic chemist and chief scientific officer at Sweet Defeat, which has commercialized a lozenge based on Gymnema to help people cut down on sugar and sweet cravings.

When Cesario joined Sweet Defeat 5 years ago, she was tasked with obtaining palatable Gymnema compounds that retain the sweet-blocking effect.

Cesario quickly determined that isolating a single gymnemic acid would be expensive and impossible to scale up. But by deploying plant extraction techniques used in the food industry, she was able to obtain a high-purity extract of several gymnemic acids. Her process removed tannins and polyphenols that contribute a strong, lingering bitterness. The purified extract was still bitter, but manageably so.

The next task was to formulate the compounds into a lozenge so they are delivered to sweet-taste receptors on the tongue, where they would act as an antagonist. This C&EN reporter, after trying the lozenge, can confirm that it blocks the ability to taste the sweetness of Halloween candy for roughly an hour.

Clinical trials of the lozenge versus a placebo showed that, in addition to blocking sweet taste, the lozenge reduced overall sugar intake. In other words, it decreased cravings. Whether or not study participants were given candy before they tried the lozenge, their desire for candy after they had the lozenge was significantly reduced for the brief period of the study.

A follow-up study using functional magnetic resonance imaging showed that the lozenge reduced the reward response in the brain that is normally triggered by eating high-sugar food—in this case, a chocolate milkshake. It also reduced reward-region activity that is normally triggered when a person merely views a photo of a milkshake, the so-called anticipation response (Physiol. Behav. 2018, DOI: 10.1016/j.physbeh.2018.07.012).

More research is needed to see whether people who wish to reduce their sugar intake would use the lozenge over a long enough period of time to meaningfully change their habits. As a chemist, Cesario would also like to know whether the Gymnema molecules can be synthesized and improved.

For now, Cesario says Sweet Defeat can provide a temporary break from the cycle of sugar cravings. “Let’s do something to buy people some time so they don’t have to go right into the cabinet for a sweet snack after work,” she says. “That can be a small victory for someone and would make me very happy.”

The structure of gymnemic acid I was updated on Oct. 31, 2019, to add a label, to show stereochemistry at one of its stereocenters, and to replace a methylene group with an oxygen in one of its rings. 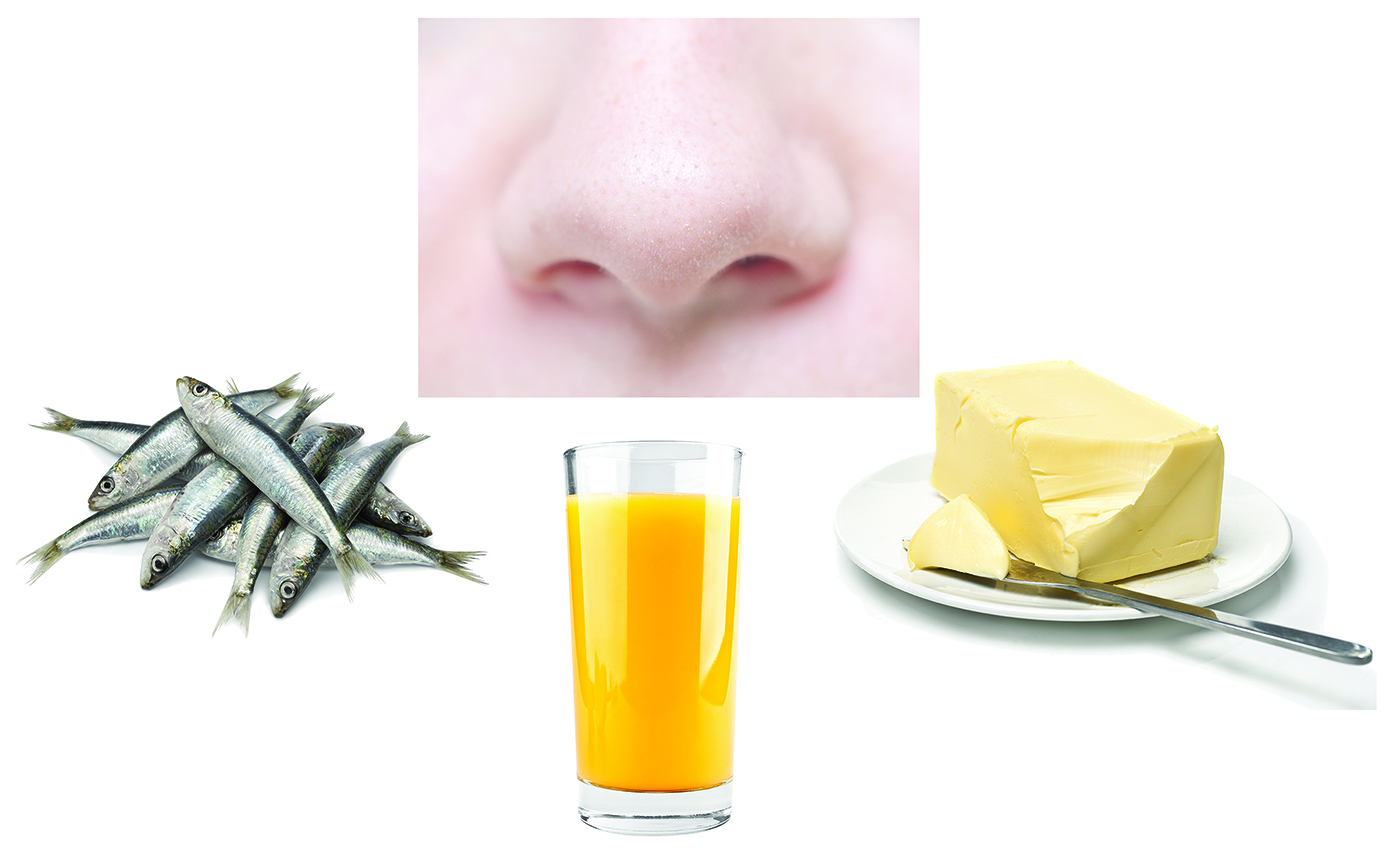 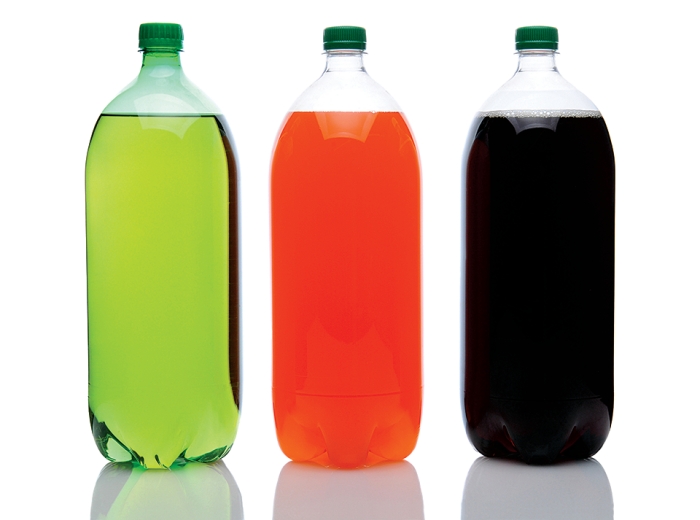 Biological Chemistry
Fructose May Motivate People To Seek Out Food 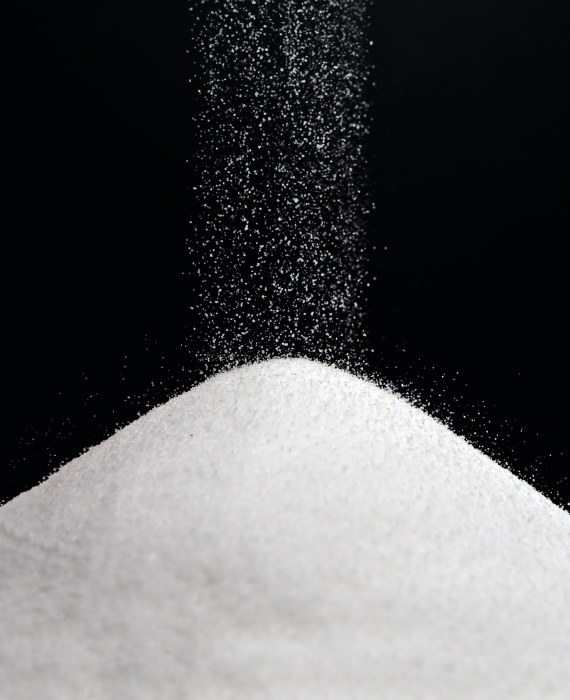 Food Science
The Case Against Sugar

Share X
To send an e-mail to multiple recipients, separate e-mail addresses with a comma, semicolon, or both.
Title: An ancient remedy might do what no-calorie sweeteners could not
Author: Melody M. Bomgardner
Chemical & Engineering News will not share your email address with any other person or company.

Comments
D K Weerasinghe (October 26, 2019 4:01 PM)
Good article, The Hindi word “destroyer of sugar” sugar destroyer does not imply that it makes Sucrose non - caloric. Gymnema molecules make sugar not taste sweet. Can the caloric value change. Conversely , it may promote indulgence, because consumers would be looking for sweet and continue partaking!
Certainly can be used to mitigate some after taste of other high intensity sweeteners. WO2007061795A1