Wendy Young has a distinct memory of the first time she played the flute with a full orchestra. She was just a fifth-grader but recalls the thrill of the music surrounding her. “It just fills you,” Young says. “Your one sound goes with 200 people. I remember I couldn’t sleep that night being part of something bigger.” 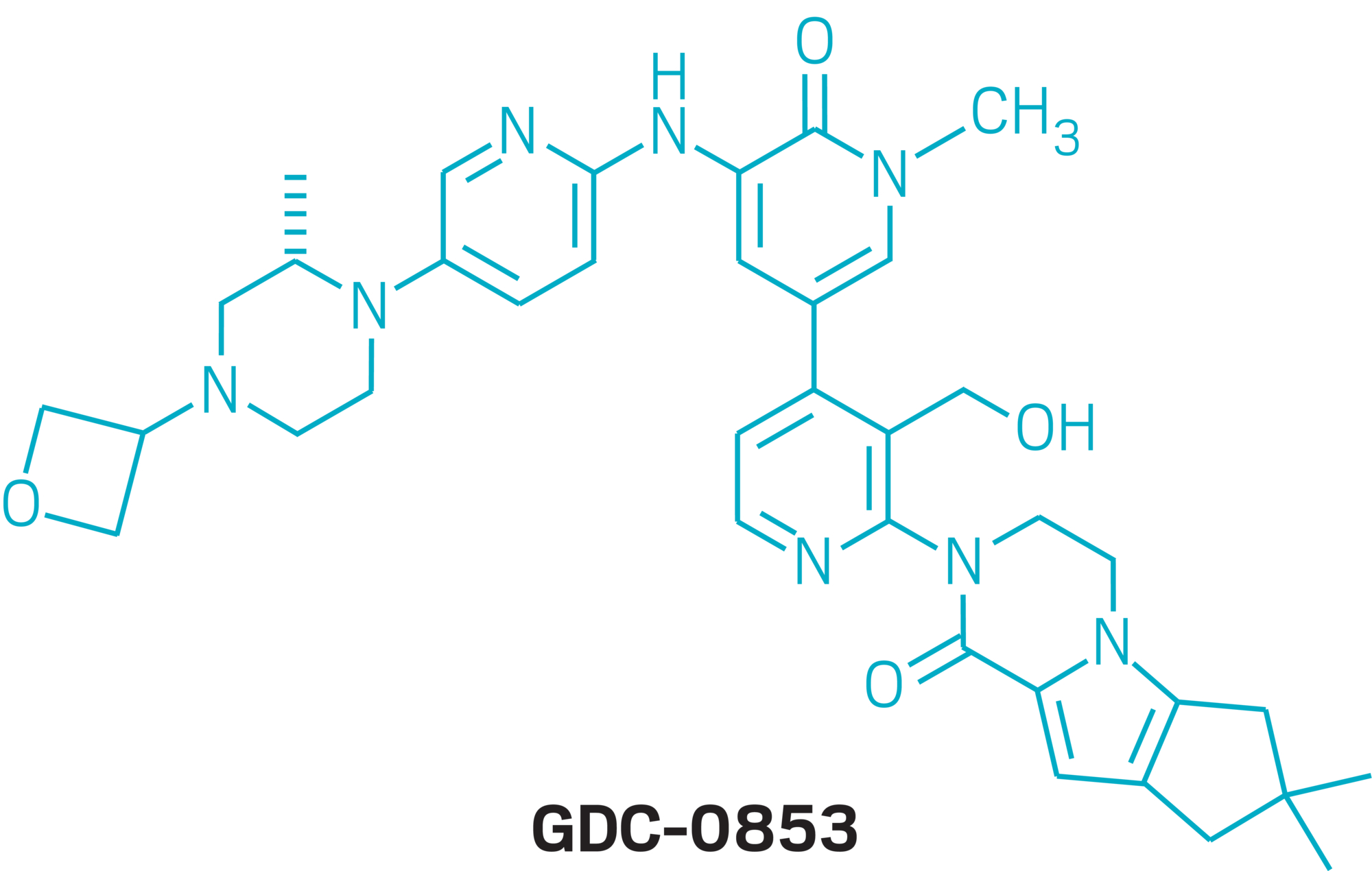 ▸ Current favorite molecule: GDC-0853, a BTK inhibitor in midstage studies as a treatment for arthritis and lupus

▸ Hidden talent: Music. Young is an accomplished flutist and can play multiple other instruments.

She gets that same feeling about drug discovery. As with music, her talent for organic chemistry was evident early on; visualizing chemical structures and imagining how a synthesis could unfold came easily. But the real excitement comes when those skills are put to work alongside other talented scientists. That’s when new medicines get made.

Young joined Genentech in 2006, a time when the historically antibody-focused firm was trying to establish equal expertise in small molecules. Michael Varney, who now leads R&D at Genentech, had championed bringing her into the fold, and she started out in medicinal chemistry. As the team grew, so did her responsibility.

Today, with small molecules representing roughly half of Genentech’s pipeline, Young finds herself in a new role: conductor. When Bruce Roth, who made his mark as the inventor of Pfizer’s multi-billion-dollar molecule Lipitor, retired in December as Genentech’s head of small-molecule drug discovery, Young was handed the baton.

It is a big leap in responsibility. With a promotion three years ago, Young went from leading a team of 30 to overseeing 100 chemists; now she directs about 350 Genentech scientists and hundreds of scientists at external partners. Her team spans chemistry, drug metabolism, pharmaceutical sciences, and biochemistry. But the transition felt natural after 12 years helping create the company’s small-molecule unit. “I feel like I built this place,” Young says. “I care so much about the people and projects.”

Still, she’s stepping into the role at a time when small-molecule drug discovery is moving into new and difficult terrain. After spending decades on protein kinases, companies—Genentech included—have set their sights on drug targets that have long eluded the industry. Often called “undruggable,” these targets include known cancer drivers like KRas, transcription factors, and protein-protein interactions.

“Some of these proteins don’t have that beautiful pocket to build into,” Young says. “They have more amorphous, wider landscapes, so you just need different tools to drug them.”

The fact that no one has cracked these targets doesn’t daunt her. “ ‘Undruggable’ is kind of a ridiculous word,” she says. “I think it’s a psychological barrier.” Twenty years ago, she points out, people thought kinases were out of reach. Today more than 30 kinase inhibitors are on the market.

Rather, she’s focused on how to make sure the right biologists and chemists are working together to imagine and design new ways to go after those tough targets. One example, Young says, is targeted protein degraders, bifunctional small molecules that force unwanted proteins to be broken down by the proteasome. It’s a hot area of drug discovery, and one where Genentech recently doubled down through an expanded collaboration with Arvinas, a biotech firm founded by Yale University’s Craig Crews.

Young points to other chemistries that could have an impact on drug design in the coming years. Genentech chemists have spent two years working with PeptiDream, a Tokyo-based biotech with expertise in macrocycles. Although macrocycles aren’t new, chemists don’t work with them routinely. Yet their size and shape make them good candidates to lock tough-to-target proteins in the “off” position.

One problem is that these large molecules are difficult to turn into pills. Young says companies like PeptiDream are coming up with new tricks, like hiding macrocycles’ many hydrogen bonds to help them get past lipid membranes.

Other areas Young sees as promising include DNA-encoded libraries, which enable companies to pan across billions of compounds at a time, and a revival in natural products drug discovery.

Among Genentech compounds already in the clinic, Young is most attached to GDC-0853, a BTK inhibitor in midstage studies as a treatment for arthritis and lupus. That program, which was one of the first she took on when she joined the company 12 years ago, turned out to be much more challenging than anyone could have predicted.

Although BTK inhibitors for certain blood cancers are already on the market, the molecules needed a different profile to treat immunological diseases.

Young’s team designed noncovalent inhibitors, which bind differently than do the covalent inhibitors on the market, but ran into a roadblock: Its lead compound was giving rats pancreatic lesions. Young remembers getting a call with the bad news while with her family in Washington, D.C. “It ruined my whole vacation,” she says.

Undruggable’ is kind of a ridiculous word. I think it’s a psychological barrier.

Eventually, the Genentech scientists figured out that the problem wasn’t their compound. It turned out that the toxicity was species-specific: only one specific type of lab rat experienced pancreatic issues without BTK. Based on that finding, U.S. Food and Drug Administration said the compound could move ahead. Behind Young’s desk is a framed napkin signed by the team that worked on BTK. It’s from a wine bar where they all went after finding out the drug candidate they’d worked on so hard could finally move into the clinic.

Young’s office is full of reminders that hard work has its rewards. On another shelf is a photo from her wedding. The sentimental shot isn’t of Young and her husband ­(although she insists he was there, too). Rather, Young is sandwiched between her graduate adviser, Edward C. Taylor, and her postdoctoral adviser, Samuel Danishefsky. They are two of three key figures in her chemistry career. The third is her undergraduate adviser, Huw Davies.

It was in those three labs that Young learned the fundamentals of organic chemistry, how to think for herself, and how to be a mentor.

It was also where she got her first glimpse of the challenges and rewards of drug ­discovery. In Taylor’s lab, Young made folic acid ­analogs as part of a collaboration with Eli Lilly & Co., work that laid the foundation for the cancer drug Alimta. In Danishefsky’s lab, she was on the team that completed his group’s total synthesis of Taxol.

Although Young seems innately driven—the kind of person who would be successful no matter what career she chose—those experiences taught her about perseverance. It’s something she focuses on now as she asks her team to go up against notoriously tough targets.

“Often people dabble,” Young says. “You can’t dabble and be successful. I can think of a lot of examples where companies have given up too early. The ones that stick with it win in the end.” 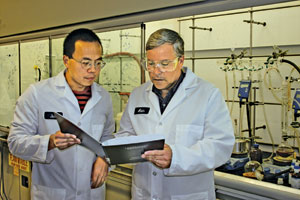 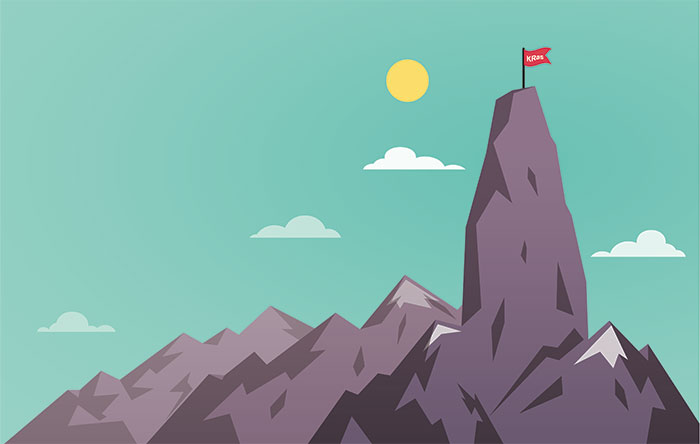 Water
Have drug hunters finally cracked KRas?
Share X
To send an e-mail to multiple recipients, separate e-mail addresses with a comma, semicolon, or both.
Title: Wendy Young, Genentech’s new head of small molecules, is ready to take on the drug industry’s toughest targets
Author: Lisa M. Jarvis
Chemical & Engineering News will not share your email address with any other person or company.