Credit: AP
A new US assessment predicts more frequent and extreme wildfires if climate change is not curbed. California is reeling from a record-setting fatal fire last month.

Three years ago, the Eiffel Tower lit up with a written announcement that negotiators had completed the Paris Agreement. This landmark global deal to curb climate change includes pledges from nearly every country on earth, rich and poor alike, to control human-caused climate change.

But the deal is not legally binding, so countries have latitude in whether and to what extent they fulfill their promises.

Now, on the heels of dire scientific reports, negotiators are meeting in Poland to build global confidence that countries are actually taking the actions they pledged to in the Paris Agreement. At this year’s United Nations climate conference, being held Dec. 2–14 in the southern Poland city of Katowice, negotiators are drawing up a rule book. Governments are to follow it as they measure and report on their greenhouse gas emissions, allowing others to verify the numbers.

Negotiators hope that such transparency and data will build trust and embolden governments to ratchet up their goals for curbing greenhouse gas emissions in coming years. The Paris accord calls for countries to review—and consider strengthening—their commitments by 2020 and every five years thereafter.

The rule book developed in Poland will outline “the right level of information that countries need to understand and trust each other on what they’re planning to do and what they have done,” says Yamide Dagnet, senior associate for international climate action at the World Resources Institute, a think tank. She says the data that governments report will also be used to determine if countries’ actions are aligning with the Paris Agreement’s policy goal: holding human-caused global warming to less than 2 °C above preindustrial levels by 2100.

As negotiators in Poland hammer out these details, two big undercurrents are pulling at them.

One is the urgency to take aggressive action on greenhouse gas emissions, highlighted in a series of recent scientific reports.

Credit: AP
In 2015, lights on the Eiffel Tower announced, “The Paris Agreement is done” in French.

Foremost among them is an international assessment released in October by the Intergovernmental Panel on Climate Change. It warns that the world will surpass the 2 °C warming goal by 2050, with attendant catastrophic effects, unless society acts swiftly to suppress greenhouse gas emissions.

In a separate report issued on Nov. 27, the United Nations Environment Programme (UNEP) finds that even if countries completely meet their current pledges to cut emissions, the global climate will pass the Paris Agreement goal to limit warming to 2 °C, and instead temperatures will rise an average of 3 °C by 2100. If countries do not take on deeper emission cuts before 2030, the world will unavoidably exceed a global average temperature rise of more than 1.5 °C, the UNEP assessment says.

Adding weight to those reports is a third from the World Meteorological Organization, which says that greenhouse gases in the atmosphere set a new record in 2017. Global average concentrations of carbon dioxide, the greenhouse gas released in the largest quantities from human activities, was 405.5 ppm last year, up from 403.3 ppm in 2016, the organization says.

On top of these global assessments, a US government report issued Nov. 23 says climate change is happening now and will harm the domestic economy if not curtailed.

Even now, with just under a degree temperature rise, “impacts are unfolding faster and in more extreme ways,” says Rachel Cleetus, policy director of the Union of Concerned Scientists’ climate and energy program. “Every fraction of a degree matters.”

In addition to these reports’ predictions of dire consequences, UN secretary general António Guterres is turning up the political heat. He’s calling for governments to update their Paris Agreement commitments, officially called “nationally determined contributions,” by making them more climate protective. Guterres is asking world leaders to come to another meeting he is convening in September 2019 “prepared to report not only on what they are doing, but what more they intend to do” as the 2020 deadline approaches.

The crosscurrent to the urgency to take stronger action is a shift in the geopolitics of global climate change negotiations. The US had been a major leader in these talks since they began in the early 1990s. Under former president Barack Obama, the US, historically the world’s largest emitter, committed to slash domestic greenhouse gas releases by 26% to 28% below 2005 levels by 2025.

But last year, President Donald J. Trump announced he will withdraw the US from the Paris Agreement. At the time, Trump claimed the deal provided other countries an economic advantage over the US. Since then, the Trump administration has moved to weaken regulations for carbon dioxide and methane emissions as well as vehicle fuel-efficiency standards.

“We’re seeing a complete abdication of leadership from this administration” on climate change policy, Cleetus of the Union of Concerned Scientists says.

The US can’t leave the Paris Agreement until November 2020, so its negotiating team still has a seat at the main table at the Katowice conference. However, the US role is diminished. Observers at the meeting in Poland are looking to China or the European Union to possibly step into this leadership space, Cleetus says. Lack of action by China or the EU would be a “troublesome sign” for climate negotiations, she adds.

Whatever happens among official government representatives in Katowice, some US entities are working to show the world that key actors in the country are committed to tackling climate change. Shortly after Trump announced that the US will leave the Paris Agreement, a coalition of states, cities, businesses, universities, and other organizations stepped up to take action on climate independently of the federal government. Launching the America’s Pledge coalition were Michael Bloomberg, who is Guterres’s special envoy for climate action and a former New York City mayor, and California Gov. Jerry Brown (D). Members of the coalition committed to collectively cut their greenhouse gas emissions to 17% below 2005 levels by 2025 and to 20% below by 2030.

While the America’s Pledge goals fall short of the US commitment under the Paris Agreement, the coalition is globally significant because its members represent more than half the US population and a significant chunk of the nation’s greenhouse gas emitters, says Nathan Hultman, director of the Center for Global Sustainability at the University of Maryland School of Public Policy.

Todd Stern, the Obama administration’s chief climate negotiator for the Paris Agreement, says the coalition demonstrates to the world that large segments of the US remain engaged in and committed to the fight against climate change.

But it remains to be seen if that is enough to counteract the global political effect of the US government’s about-face on climate policy. And still unanswered is whether negotiators in Poland will come up with a plan to engender enough global trust that governments will act strongly enough to curtail the worst of climate change.

Some organizations are holding out hope. The American Chemical Society, for one, is encouraging countries to keep working, says Glenn S. Ruskin, senior director of external affairs and communications at ACS, which publishes C&EN. He adds, “We hope the United States will eventually rejoin our international partners in addressing the global climate crisis.” 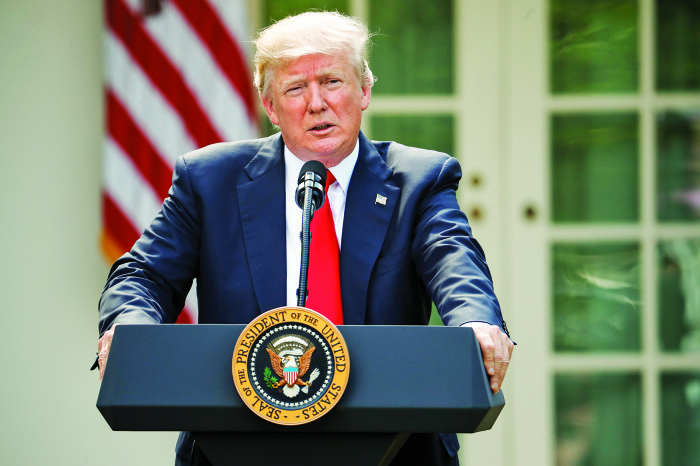 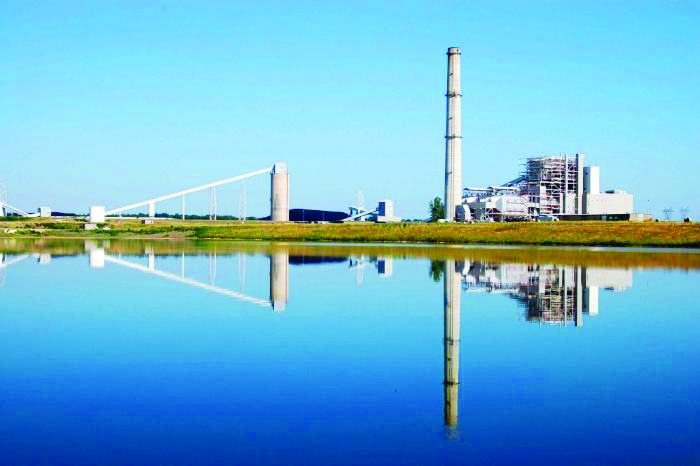