Lanthanides were once thought to have no role in biology, but that dogma was shattered when researchers discovered bacteria that rely on these elements to survive. Yet the microbes’ ability to gather highly insoluble lanthanide ions from their environment has remained a puzzle.

Joseph A. Cotruvo Jr. and colleagues at Pennsylvania State University have now discovered a protein that could help to explain how these bacteria harvest scant traces of lanthanides and incorporate them in enzymes (J. Am. Chem. Soc. 2018, DOI: 10.1021/jacs.8b09842). Known as lanmodulin, the protein’s unique structure (Biochemistry 2018, DOI: 10.1021/acs.biochem.8b01019) can bind lanthanide ions from solutions with mere picomolar concentrations and is 100 million times as selective for lanthanides as for calcium ions. The researchers suggest that the protein could inspire systems that detect lanthanides in the environment or pluck them from waste.

“I think it’s beautiful stuff; I’m really excited,” says Eric J. Schelter of the University of Pennsylvania, who studies lanthanide-dependent enzymes and was not involved in the research. These studies are “starting to show how microbes handle lanthanides.”

Cotruvo’s team found the protein while they were studying Methylobacterium extorquens, a bacterium originally found by accident in a University of Oxford laboratory in 1960. The bacterium metabolizes methanol using a methanol dehydrogenase (MDH) enzyme that relies on a lanthanide ion for its activity. The researchers hypothesize that the newly discovered protein may scavenge lanthanides to deliver them to MDH.

Lanmodulin has four so-called EF hands, a feature found in other metal-binding proteins such as calmodulin, which is involved in calcium signaling in all eukaryotic cells. An EF hand’s shape resembles a human hand with thumb and forefinger extended, just as a child would mimic a pistol. Metal ions attach to a binding site in the “palm” of the hand.

The researchers showed that half a dozen different lanthanides, as well as the rare earth yttrium, could bind to three of lanmodulin’s hands at extremely low concentrations. This process makes the protein adopt a much more compact shape, which may enable it to transfer lanthanide ions to MDH in M. extorquens, Cotruvo suggests.

In contrast, it takes millimolar concentrations of calcium ions to trigger this shape-shifting routine. “It has this exquisite selectivity,” says Rachel N. Austin of Barnard College, a metalloprotein expert who was not involved in the research.

Cotruvo’s team used nuclear magnetic resonance (NMR) experiments to study the structure of lanmodulin while it was bound to yttrium ions. “Compared to calmodulin, it’s a totally different structure,” Austin says. For instance, lanmodulin’s two pairs of EF hands are much closer together, and each hand contains a crucial proline residue.

When the researchers swapped these prolines for alanine in an engineered form of lanmodulin, calcium could induce the conformational change at much lower micromolar concentrations. This suggests that the proline residues somehow hamper lanmodulin’s response to calcium and are at least partly responsible for the protein’s selectivity, the researchers say.

Lanthanides are found in technologies from smartphones to lasers, but the chemical similarity of these elements, along with their ions’ insolubility, makes it tough to extract or recycle them. Cotruvo hopes that lanmodulin could help, for example, by teasing lanthanides away from much higher concentrations of calcium, manganese, or iron in mine tailings. “It’s one of the most exciting potential applications for this protein,” he says. 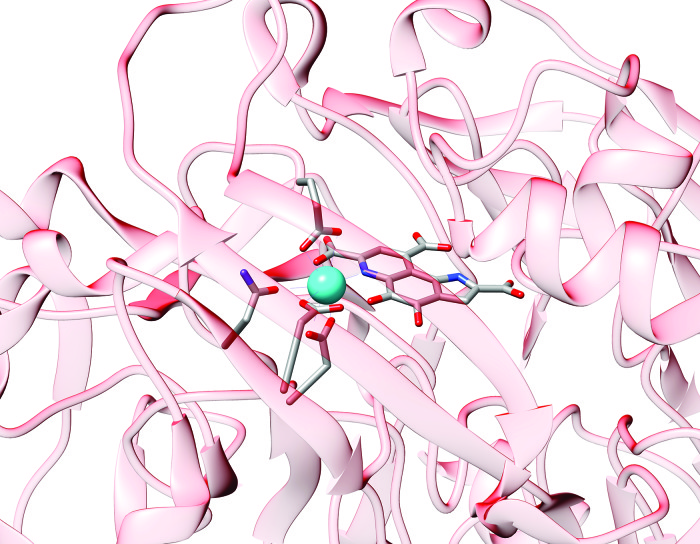 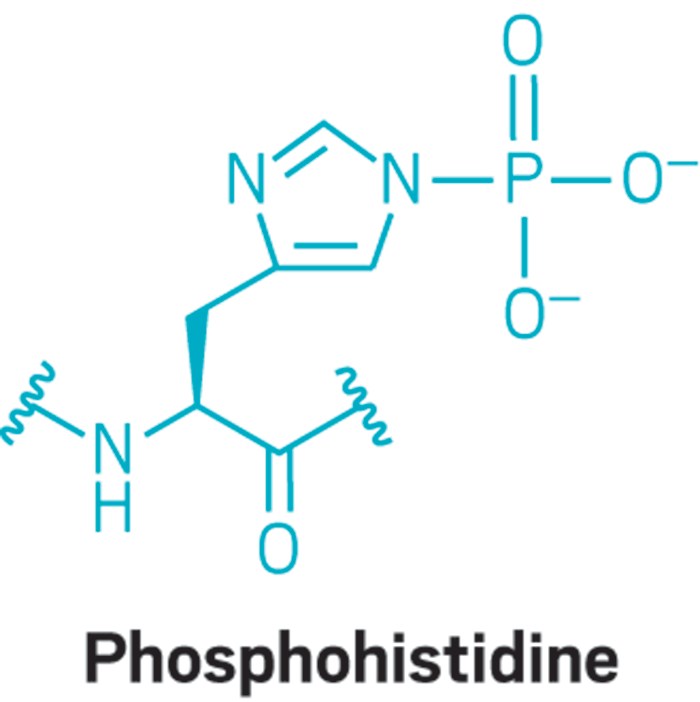 Synthesis
Designer Protein Loves Metal
Share X
To send an e-mail to multiple recipients, separate e-mail addresses with a comma, semicolon, or both.
Title: Protein captures lanthanide traces
Author: Mark Peplow, special to C&EN
Chemical & Engineering News will not share your email address with any other person or company.