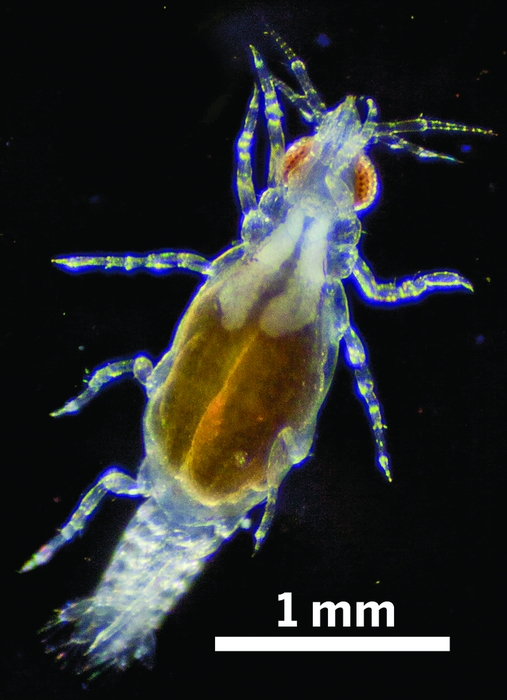 When you think of reggae music, a song by Bob Marley probably starts playing in your head. Now, thanks to Arkansas State University marine biologist Paul C. Sikkel, the same thing might happen when you think of small parasitic crustaceans in the Caribbean Sea that feed off the blood of fish.

Sikkel and his team present an organism that fits that description in the July 6 issue of Zootaxa. “I named this species after Marley because of my respect and admiration for Marley’s music,” Sikkel said in a press release about the newly discovered organism. Gnathia marleyi is also “as uniquely Caribbean” as the influential singer, guitarist, and songwriter, Sikkel added.

To learn how the species-naming process works, the Newscripts gang spoke with Daphne G. Fautin, vice president of the International Commission on Zoological Nomenclature, which sets the guidelines for naming newly discovered creatures. The first step is to comb through 250 years of scientific literature to make sure the organism hasn’t already been named, Fautin says. Then, scientists must deposit specimens with a museum and publish a detailed description that meets the guidelines set forth by the commission, including descriptions of how to distinguish the new species from similar-looking relatives. If everything checks out, Fautin explains, the name becomes official.

Understanding creatures like G. marleyi is crucial to understanding the ecology of coral reefs because the parasite is a major carrier and transmitter of diseases afflicting fish there, Sikkel said.

Previous research from Sikkel’s group showed that, despite their compound eyes, the parasites rely primarily on chemical cues to find their hosts (Mar. Biol., DOI: 10.1007/s00227-011-1631-9). “We do not yet know what molecules G. marleyi uses to find its host,” Sikkel tells Newscripts. “But we would love to attract a chemical ecologist to help answer that question.”

[+]Enlarge
Credit: Shutterstock/C&EN
Nose magnets: This confused fish clearly needs more of them, according to a new study. 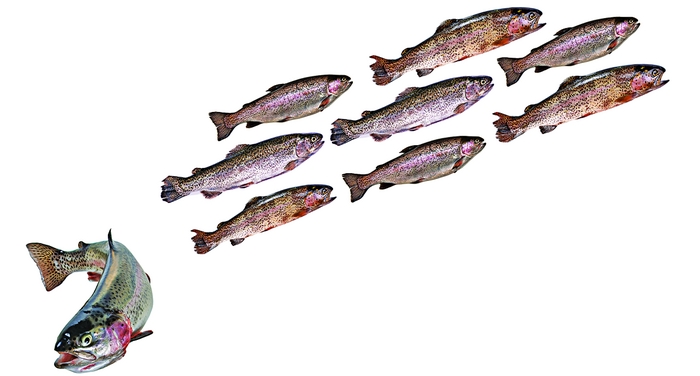 Credit: Shutterstock/C&EN
Nose magnets: This confused fish clearly needs more of them, according to a new study.

Studies suggest that many animals navigate their habitats by reading Earth’s magnetic fields. Migrating birds return to their roosts, and turtles chart the ocean’s depths. Even some fish explore rivers and streams in search of hospitable environments.

A research team led by Michael Winklhofer, of Ludwig Maximilian University of Munich, has now positively identified cells in a trout’s snout that might account for the fish’s magnetoreception, or the ability to sense magnetic fields. The group first extracted olfactory cells from trout. Then they used an optical microscope to observe a small number of those cells rotating in time with an externally applied rotating magnetic field (Proc. Natl. Acad. Sci. USA, DOI: 10.1073/pnas.1205653109). Each of the spinning cells, they found, contains a rigidly held shard of iron-containing magnetic material, most likely magnetite (Fe3O4).

The researchers now are trying to nail down the molecular formula of the ferrous inclusions by subjecting the cells to a battery of analytical techniques. The team is also using electron microscopy to uncover more details about the cellular structures that hold the tiny magnets.

Preliminary data suggest that the magnets sit in the membranes of the olfactory cells, which are specialized neurons, Winklhofer tells Newscripts. In response to magnetic fields, the shards might twist the cell membranes in which they sit, he says, “gating the ion flow through stretch-sensitive transmembrane ion channels.” A change in the flow of ions could form the basis of a useful sensory input.

Winklhofer’s work provides strong evidence that magnetite inclusions could be responsible for some animals’ magneto­reception. But, he says, “the key point is that we now have a good technique to get at the cells that allows us to study their properties.”