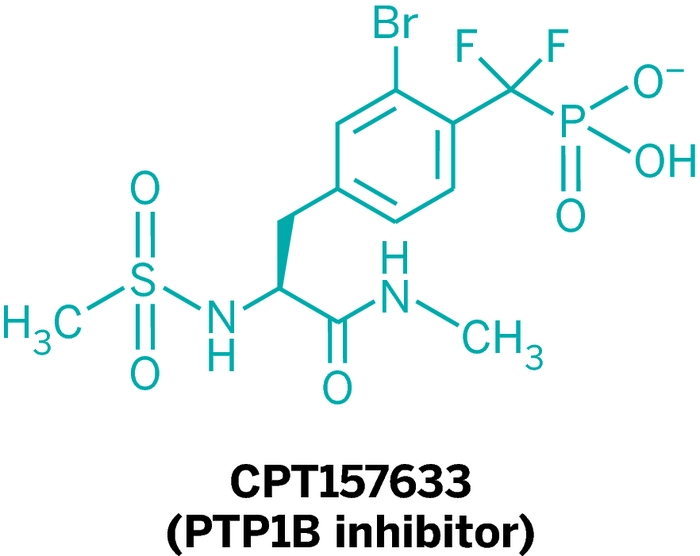 Scientists have identified an enzyme that could serve as a possible drug target to treat Rett syndrome, an autismlike neurological disorder. Inhibiting the enzyme, called protein tyrosine phosphatase 1B (PTP1B), improved disease symptoms in mice, the researchers found.

Rett syndrome is caused by mutations in a gene that codes for methyl-CpG-binding protein 2 (MECP2). This protein regulates the expression of many other genes in cells, and this large web of affected pathways downstream of MECP2 has frustrated scientists looking for possible drug targets.

But Nicholas K. Tonks of Cold Spring Harbor Laboratory and his colleagues didn’t find PTP1B by picking through that web. Tonks had been studying the enzyme for decades as a possible target for treating two metabolic conditions: diabetes and obesity. Navasona Krishnan, a research associate in Tonks’s lab, suggested they look at the enzyme as a Rett target after hearing a talk about metabolic abnormalities associated with the syndrome.

In the new study, the team linked PTP1B to MECP2: They found that levels of PTP1B increased in the brains of mice genetically engineered to lack the MECP2 gene. These engineered mice exhibit symptoms found in people with Rett syndrome. Next, the scientists showed that two small-molecule PTP1B inhibitors ameliorated several symptoms in the animals, including deficits in social behaviors and motor skills (J. Clin. Invest. 2015, DOI: 10.1172/jci80323).

The findings are novel and exciting, says David M. Katz, a neuroscientist at Case Western Reserve University School of Medicine. He points out that PTP1B interacts with a signaling pathway known to be disrupted in Rett syndrome, so the results provide another tool to repair that important pathway.

Alan K. Percy, a neurologist at the University of Alabama, Birmingham, School of Medicine, thinks the paper presents an interesting strategy that deserves further study. Researchers, he says, should investigate PTP1B in other models of Rett syndrome, including animals that have known MECP2 mutations found in patients, to confirm the enzyme’s role in the disease. “I would imagine a flurry of activity with the release of this paper,” Percy says.