Salary prognosis for working chemists is for steady gains, but the job outlook is more uncertain 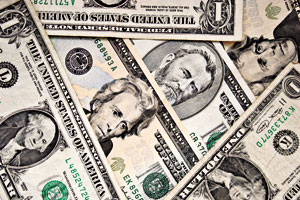 The employment situation and outlook for American Chemical Society members in the U.S. domestic workforce is by no means a disaster, but it is not great either. It remains uncertain and complex.

Despite some glimmerings of improvement in the overall U.S. job situation over the past 12 months, the percentage of ACS chemists in the domestic workforce who did not have a full-time jobs as of March this year was 8.7%. This number was down, but only modestly, from its all-time high of 9.2% one year earlier. And it was well above the recent low of 5.4% in 2001.

Growth in the total number of workers on payrolls in the U.S. since its previous peak in February 2001 has been belated and unusually slow. Most of the gains that are being posted are for jobs for college graduates.

These are some of the findings that can be gleaned from ACS's 2006 salary and employment survey of its domestic members, ACS's survey of 2005 chemistry graduates, and monthly data from the Bureau of Labor Statistics.

Both of ACS's annual surveys—of its members in the domestic workforce and of new chemistry graduates—are under the purview of the ACS Committee on Economic & Professional Affairs. Their latest versions were conducted by Janel Kasper-Wolfe, research analyst with ACS's Department of Member Research & Technology.

Comparison of the demographics of working chemists and of new chemistry graduates brings out the various evolutions under way in the makeup of the chemical profession. For instance, 35% of working bachelor's degree chemists are women. This number will continue to grow because women now earn more than 50%-52% in 2005—of chemistry bachelor's degrees. At the Ph.D. level, 21% of working chemists and a higher 33% of 2005 graduates are women. For master's, the corresponding breakdown is 34% and 51%, respectively.

The data also suggest continued growth in the number of blacks and Hispanics in chemistry, albeit from low levels. Six percent of 2005 bachelor's chemistry graduates were black. This compares with 2.8% of the current chemistry workforce who have bachelor's degrees and are black. The numbers for Hispanics are similar: 6.0% and 3.6%, respectively.

The median salary for all chemists as a group of $85,000 from the 2006 survey was up from the $83,000 from the 2005 survey. This was a 2.4% gain, and for a group as large and slow changing from year-to-year as the chemical profession, it was essentially a measure of inflation.

Median salaries derived from responses to the question on the 2006 survey questionnaire asking respondents for their salaries as of both March 1, 2005, and March, 1, 2006, are a better guide to how chemists as individuals are faring. They show a larger overall gain of from $83,000 in 2005 to $86,900 in 2006, or 4.7%. This rate of gain reflects not only inflation but also increases due to promotions and growing experience and responsibilities. And it is in line with the average annual gain for the past decade.

The employment situation for chemists is always dependent on a host of factors. Some are related to the chemical enterprise; others transcend chemistry.

Total manufacturing employment, the source of jobs for 51% of chemists, has plunged by more than 3 million, from 17.3 million to 14.2 million, over the past decade, and it is only this year showing signs of stabilizing.

The volume of classified employment advertising in C&EN and the level of activity on ACS's Chemjobs website provide reasonably credible, if not definite, indications of the state of the job market for chemists.

Through September this year, just about 200 pages of such advertising have been carried in the magazine. This is down from 226 pages for the same period last year, and it suggests a total of about 300 pages for the full year of 2006. This will be the fourth consecutive depressed year. In 2000, there was a record of just over 600 pages of classified advertising. By 2003, it had dropped to just over 300.

The Chemjobs website hasn't been running long enough to have a history of its activity in good and bad times. But the number of jobs posted on it over 12-month periods has declined to 4,358 for the past 12 months from 5,573 for the same period three years earlier.

An employment factor that transcends chemistry is the very slow recent growth in nonfarm payrolls, generally regarded as the best measure of employment. In the five years and seven months since their previous peak in February 2001, nonfarm payrolls have grown by only 3.1 million, from 132.5 million to 135.6 million. Over the same period after the peak prior to this, in June 1990, payrolls grew by 8.4 million, from 109.8 million to 118.2 million. And during the 1980s job upsurge, the corresponding increase was 9.3 million.

The count for private employment shows the same profile, with gains of 8.8 million in the six years after its 1990 peak and a more modest 2.3 million increase since its 2000 peak.

This pattern seems to indicate that those between about 20 and 30 today will be in high demand in the employment market for the next 10 years or so. Those over about 40 years old today may well be in excess supply by 2015.

Fringe benefits were examined for the first time since 1998 in the 2006 ACS salary and employment survey. The data gathered indicated little change over these years in the availability of benefits to ACS members with full-time jobs.

The average availability of nine medical benefits moved from 78% in 1998 to 83% in 2006, while the percentage of employers paying for them fully fell from 21% to 14%. The percent paid fully by the employee slipped also, from 15% to 14%. The growth has been in programs paid jointly by employer and employee. The survey did not explore the extent of any such shift in the balance of who paid what in these cases.