Find out what SLIPS Technologies has been up to since it appeared on C&EN’s 2015 Top Start-ups List by clicking here.

Wouldn’t it be great to get all that paint out of the can? The scientists behind SLIPS Technologies think so too. They are developing slippery chemistry that can do that—but also much more.

SLIPS, which is just a year old, emerged from the labs of Joanna Aizenberg, a chemistry professor at Harvard University’s Wyss Institute. Aizenberg uses biological principles to design new materials. And one principle of particular interest to her team is how nature puts liquids on structured surfaces so they stay slippery and clean.

It was in a 2011 Nature paper that Aizenberg first disclosed how her team coated a Teflon membrane with a fluorinated liquid to create SLIPS—slippery liquid-infused porous surfaces (DOI: 10.1038/nature10447). Since then, the team has demonstrated the technique with all sorts of surfaces and liquids, generally by chemically functionalizing the surface to fix the liquid in place. That versatility means the company can tackle everything from icy roofs to gunked-up ship hulls.

Funding: $3 million round led by BASF

For example, Aizenberg says, an aluminum surface can be roughened and then functionalized with a long-chain alkyl phosphate so that mineral oil sits smoothly on top and blocks ice formation. Or medical tubing can be treated with perfluorodecalin, a blood substitute, to prevent blood clotting.

The chemical giant BASF liked the technology enough that in October 2014 it led SLIPS’s initial financing round, which raised $3 million. The German firm is working with SLIPS to develop SLIPS-coated thermoplastic polyurethanes.

SLIPS is not the only start-up developing slippery surfaces. Most notable is LiquiGlide, a 2012 Massachusetts Institute of Technology spin-off that raised $7 million earlier this year. LiquiGlide boasts partnerships with the glue company Elmer’s, the European mayonnaise maker Orkla, and the paint-can producer Pact Group. 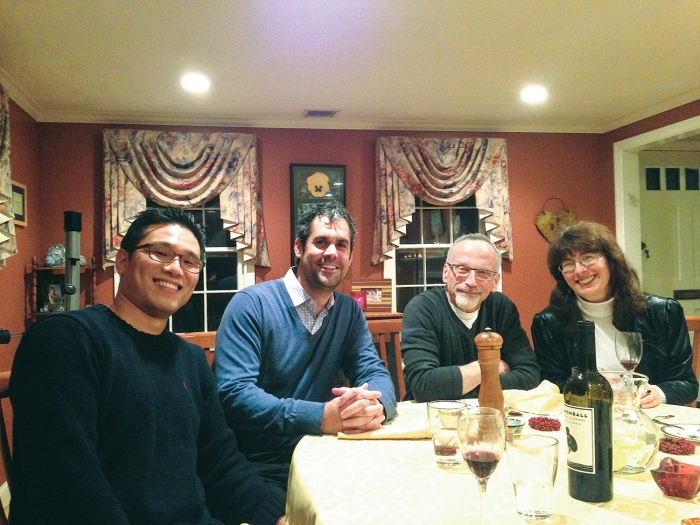 SLIPS, in contrast, has publicly announced only its pact with BASF. But SLIPS CEO Daniel Behr says his company is working with other partners to create slippery containers for consumer and industrial goods. And, unlike its competitors, SLIPS is most interested in pursuing industrial applications of its technology, an area where the company feels it has a leg up, Behr says.

SLIPPERY
[+]Enlarge
Slips prepares surfaces in a multistep process so stuff slides off. The firm says it has licensed multiple technologies from Harvard so it can keep most any material from sticking to most any surface. Shown is a way to treat an aluminum roof, for example, to keep off ice or other foulants. 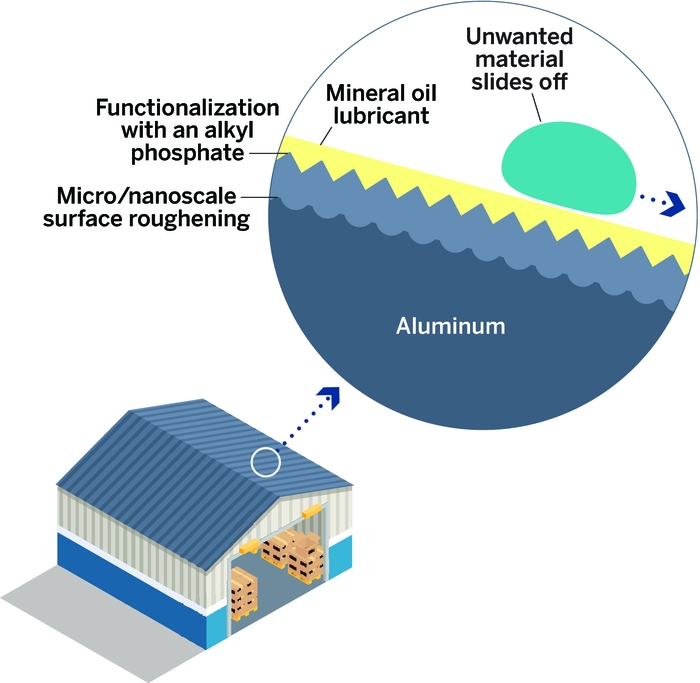 Slips prepares surfaces in a multistep process so stuff slides off. The firm says it has licensed multiple technologies from Harvard so it can keep most any material from sticking to most any surface. Shown is a way to treat an aluminum roof, for example, to keep off ice or other foulants.

Possessing what they believe is superior technology, Behr and Aizenberg are thinking big. They point to a new grant from the Department of Energy’s Advanced Research Projects Agency-Energy aimed at developing SLIPS for marine coatings that thwart barnacles and mussels and keep ships moving smoothly through the water. Aizenberg says her lab has had a SLIPS-coated surface in the ocean for about a year now with no evidence of fouling.

Other big opportunities are in preventing ice formation on roofs and in creating transparent, nonfouling surfaces for medical devices. Behr also points to what he calls industrial release: applying SLIPS to manufacturing equipment to speed cleaning and reduce waste.

To move such applications toward commercialization, Behr is embarking on a “road show” intended to raise another $10 million from investors. He anticipates that the first SLIPS-enabled product will be on the market by 2017. And Aizenberg sees them coming for a long time thereafter. “The toolbox is huge,” she says.

Find out what SLIPS Technologies has been up to since it appeared on C&EN’s 2015 Top Start-ups List by clicking here.