Funding or notable partners: $8 million from firms including Hitachi Chemical and Inabata; $8 million in government sponsorship

Samsung is learning the hard way how vexing defective lithium-ion batteries can be. Some of its customers reported their new Galaxy Note 7 phones burst into flames. After trying to fix the battery problem, Samsung was forced to halt production and recall the devices. It even mailed out fire-resistant boxes for sending the phones back.

Lithium batteries don’t have to catch fire or explode to remind people that the technology has its limitations. We fumble around for power cables and electrical outlets more often than we would like. And after a year or two, the batteries on our devices don’t last as long as they did when they were new.

Silatronix contends that its organosilicon solvents offer a simple solution to these problems.

Robert Hamers, a professor of chemistry at the University of Wisconsin, Madison, and a Silatronix cofounder, says chemistry underpins most battery issues. “The bad things related to your batteries, from flammability problems to finite lifetime and degradation of the battery itself, are almost all associated with uncontrolled chemical reactions,” he says.

For instance, battery electrolytes are made by dissolving lithium hexafluorophosphate (LiPF6) in carbonate solvents. LiPF6 can break down into LiF and PF5. PF5, when exposed to water, forms hydrogen fluoride. HF and PF5, in turn, catalyze reactions that decompose the carbonate. By-products of these reactions often form gases, such as CO2, that create unwanted pressure in the cell.

Silatronix’s organosilicons, blended at only a 5 to 10% concentration with the carbonate solvents, stop these cascading reactions. “What we believe is happening is that the organosilicon will react with some of these decomposition products, but the products themselves are very stable,” Hamers says. 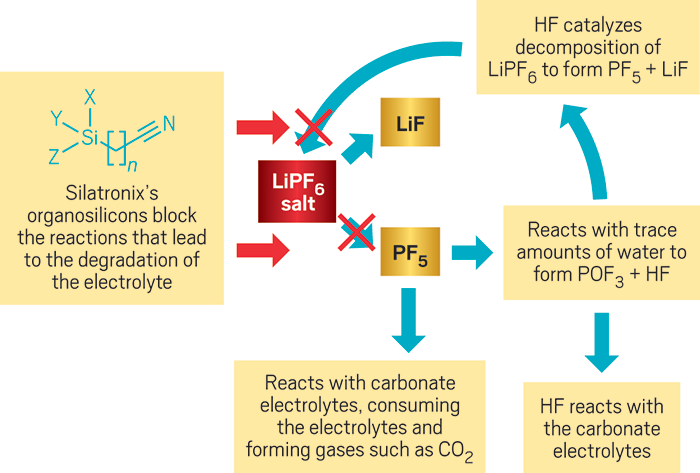 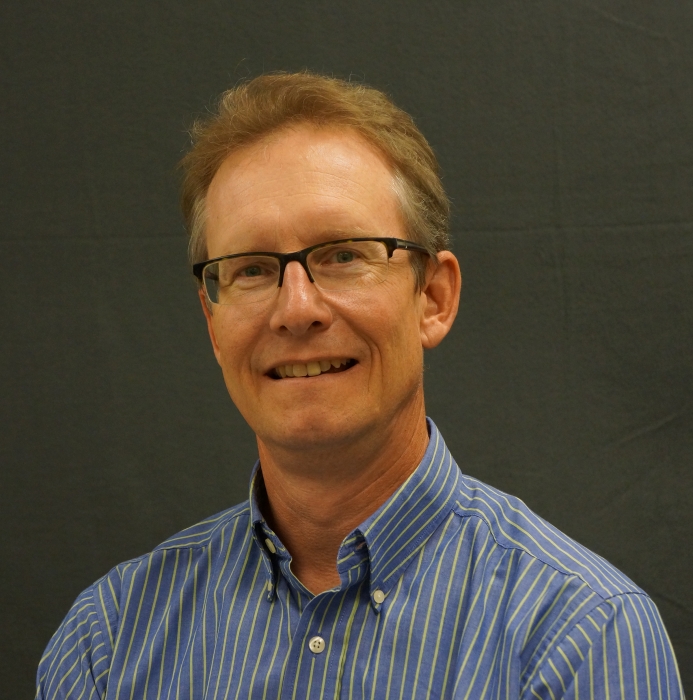 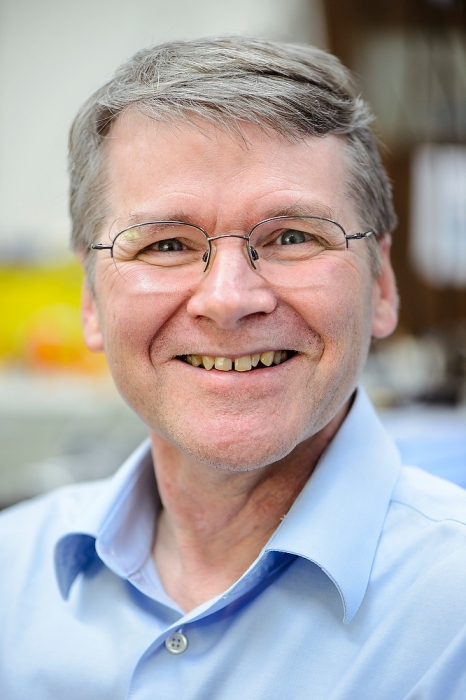 The value of organosilicons is not just longer battery life. CEO Mark Zager says the additives will help companies develop batteries that operate at higher voltages—and hence greater energy density. “Battery makers are pushing the envelope, and that causes the batteries to be higher-risk,” he says. “We are a technology that can help reduce the risk by stabilizing the system.”

Battery fires happen when the battery separator ruptures, leading to a short that ignites the electrolytes. They can also occur when a cathode that has deteriorated becomes electrically resistant and overheats during charging. At higher concentrations of 40 to 50%, the nonflammable organosilicon solvents can prevent fires that result from these catastrophic failures.

Silatronix originated out of the work of Robert West, an emeritus professor of chemistry at UW Madison who developed organosilicon electrolytes about a decade ago as part of a project with Argonne National Laboratory.

West and Hamers collaborated on battery materials in the university’s chemistry department. Silatronix was formed in 2007 and is now on its third generation of compounds, which were patented in 2014. These latest compounds worked the best. They stabilized the electrolyte system at low concentrations and were the first molecules found to quench the gassing problem in batteries.

The battery industry is taking interest. In June, Silatronix received $8 million in a venture capital funding round led by Japanese heavy hitters Hitachi Chemical and Inabata. This is in addition to $8 million in earlier funding from government sponsors.

The organosilicons are currently being qualified for consumer products such as smartphones, tablets, and laptops. “We hope to be going into full-scale production sometime in the latter half of 2017,” Zager says.