Funding or notable partners: $17 million from the Gates Foundation and the life sciences investment firm Accelerator

In 2014, Rockefeller University chemist Sean Brady got an out-of-the-blue e-mail from the Bill & Melinda Gates Foundation. The nonprofit wanted to discuss how his work on the tuberculosis treatment rifamycin overlapped with the foundation’s activities with the neglected disease.

Six months, a research grant, and a lunch meeting with Bill Gates later, Brady found himself talking to the foundation about starting a company. “When it became clear that the work was successful in short order, we wanted to support his entrepreneurial spirit,” says Charlotte Hubbert, a member of the Gates Foundation’s program-related investments team.

Brady, who had already started engaging venture capital firms, was intrigued by the idea of starting a company with the dual purpose of tackling neglected diseases and those with more commercial potential.

By January 2016, Lodo Therapeutics was born. Launched with $17 million in funding from the Gates Foundation and the life sciences investment firm Accelerator, Lodo takes a fresh approach to natural products drug discovery. Whereas traditional natural product researchers go back to the lab to coax bacteria into giving up their druglike molecules, Brady’s team forgoes that cultural persuasion. Instead, Lodo searches deep inside gene sequences from bacteria plucked directly from the soil to find clusters that encode for promising molecules. 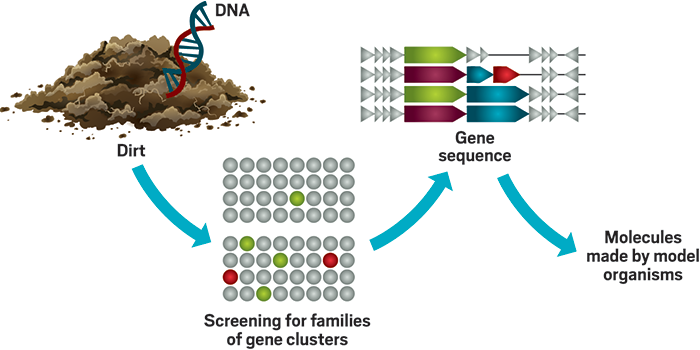 Credit: Lodo/C&EN/Shutterstock
Lodo’s drug discovery process begins with searching DNA from bacteria found in dirt for gene clusters that encode for molecules similar to known natural products. When similar molecules are identified, their gene clusters are isolated, cloned, and inserted into model organisms that can express them.

Lodo will first focus on natural products with known biological activity and well-defined liabilities—safety issues, potency problems, and bacterial resistance. The technology allows Lodo’s research team to look for relatives of those natural products with structural differences that overcome the flaws.

Like most traditional drug discovery campaigns, the process begins with studying the crystal structure of a natural product bound to its target to identify areas on the molecule that need tweaking. Only instead of a heading to the medicinal chemistry lab to work up derivatives, Lodo scientists identify the genetic sequence that encodes for the problematic parts of the molecule and search for naturally occurring variants across soil sample sequences. 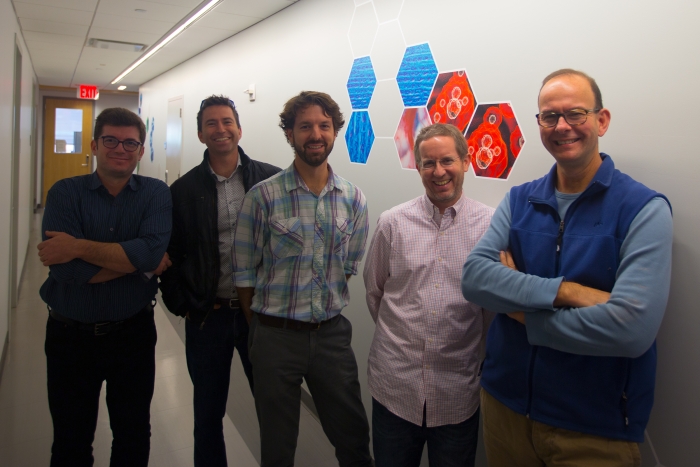 Once promising “hits” have been identified—the platform typically yields a dozen or so genetic variants—their gene sequences are dropped into a model organism that can express the improved natural product. That sounds simple, but “it’s not straightforward right now to make molecule after molecule after molecule,” says Lodo’s chief scientific officer, David Pompliano. One of the first goals of the company’s modest R&D team is to industrialize the molecule generation process.

Lodo isn’t the only biotech trying to mine bacterial genomes for novel natural products. Notably, Warp Drive Bio has been using the strategy for several years. But Lodo believes it is the only firm using uncultured bacteria—the gene sequences are pulled directly out of a pile of dirt—rather than cultured bacteria.

The first project for Pompliano and the three other scientists on staff will be to search for analogs of natural products that are known to be active against infection-causing Gram-negative bacteria but have complex structures that would be inaccessible to chemists.

Beyond infectious disease, Pompliano says, the Lodo team is interested in oncology and the microbiome. The contribution from the Gates Foundation means that the firm is also committed to finding drugs for neglected diseases such as tuberculosis.

“We think there’s a lot of hidden gems out there that have the proper intrinsic activity,” Pompliano says, “and just need to be tuned up.”