Molecules of the year

C&EN highlights some of the coolest compounds reported in 2017 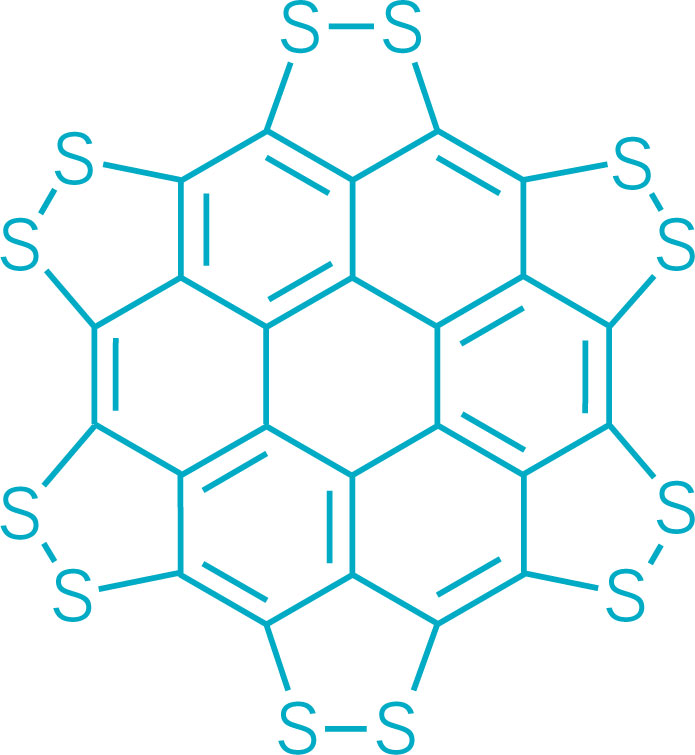 A persulfurated coronene, a molecule dubbed a “sulflower” for its resemblance to a sunflower, bloomed this year. It’s the first fully sulfur-substituted polycyclic aromatic hydrocarbon and only the second member of a new class of circular heterocyclic carbon sulfide compounds, after the synthesis of octathio[8]circulene a decade ago. Chemists hope to create other class members, including the simplest one, persulfurated benzene, for use in battery cathodes and other electronic materials. A team led by Xinliang Feng of Dresden University of Technology and Klaus Müllen of the Max Planck Institute for Polymer Research created the sulflower (J. Am. Chem. Soc. 2017, DOI: 10.1021/jacs.6b12630).

A new molecular star was born

Chemists designed this truncated pentagram-shaped palladium coordination complex this year. It’s unique not just because it has an interesting shape—a pentagon ringed by isosceles trapezoids—but also because it’s the first pentanuclear self-assembling multicompartment molecule containing two different nonchelating ligands. Self-assembled coordination complexes are typically built from metals linked by one type of ligand. On top of that, the ligands often are chelating, meaning each ligand binds one metal through two or more atoms. Dillip Kumar Chand of the Indian Institute of Technology Madras and colleagues believe their molecular star could inspire the synthesis of cell-like cages for biomedical applications (Chem.–Eur. J. 2017, DOI: 10.1002/chem.201702264). 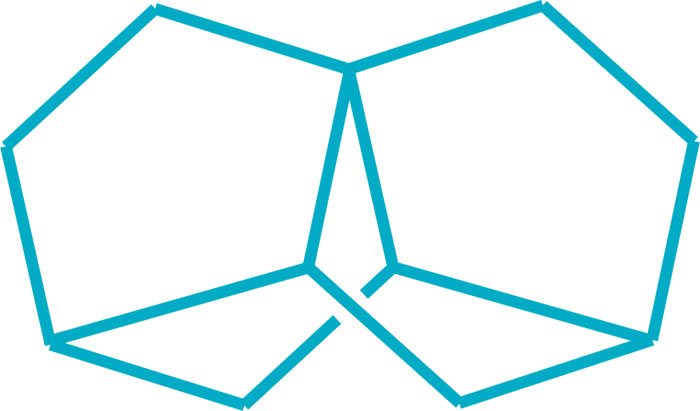 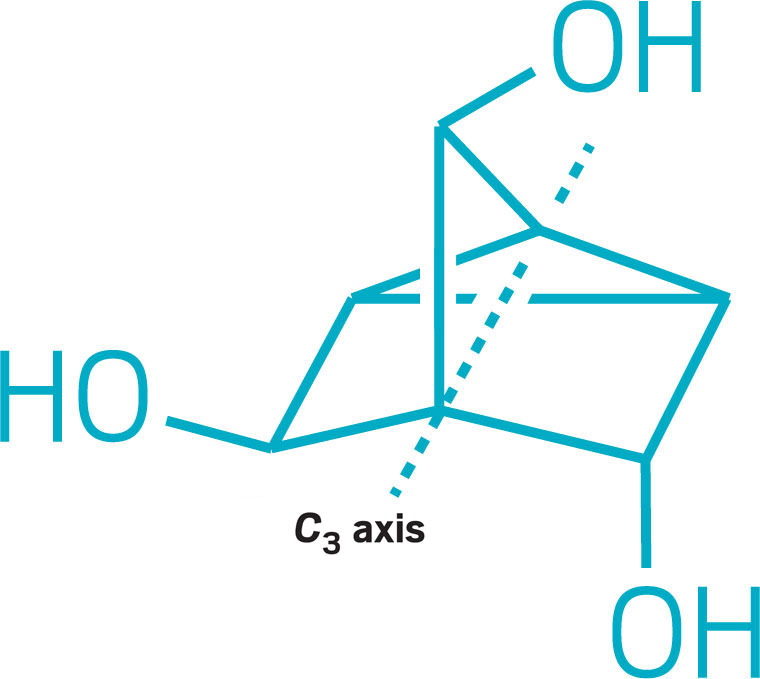 Two research teams completed challenging syntheses of new bridged polycyclic hydrocarbons this year, engineering complex derivatives of norbornane, which itself is a complex molecule. A team led by Marcel Mayor of the University of Basel prepared trinorbornane, a symmetrical saturated C11H16 molecule consisting of two norbornane units that share a pair of neighboring edges, an arrangement that coincidentally results in a third norbornane subunit. This approach helps expand on techniques for the total synthesis of natural products (Chem. Commun. 2017, DOI: 10.1039/c7cc06273g). And a team led by Volodymyr Kozel and Günter Haufe of the University of Münster synthesized a nortricyclene triol, the smallest known molecule to display threefold molecular symmetry in a chiral polycyclic compound. The researchers are using pure enantiomers of the nortricyclene to prepare liquid crystals (Angew. Chem. Int. Ed. 2017, DOI: 10.1002/anie.201709279). 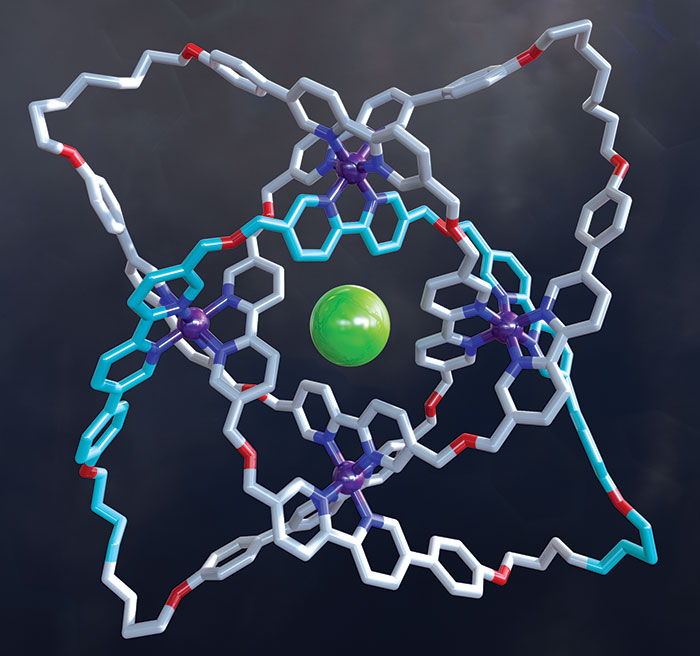 David A. Leigh and coworkers at the University of Manchester wove together three helical strands to construct the first braided molecular knot this year. The new chiral, 192-atom knot has eight crossing points and is considerably more complex than previous examples of molecular knots, which were based on just two twisted strands. Leigh’s group first used iron atoms to guide assembly of bipyridine-based ligands into the braided structure. The researchers then linked olefins at the ends of the ligand strands together using metathesis chemistry (shown, Fe is purple, Cl is green) and removed the iron ions and the counter­ions to produce the continuous, entwined structure. The researchers hope to create more complex braided knots and possibly even woven polymers (Science 2017, DOI: 10.1126/science.aal1619). 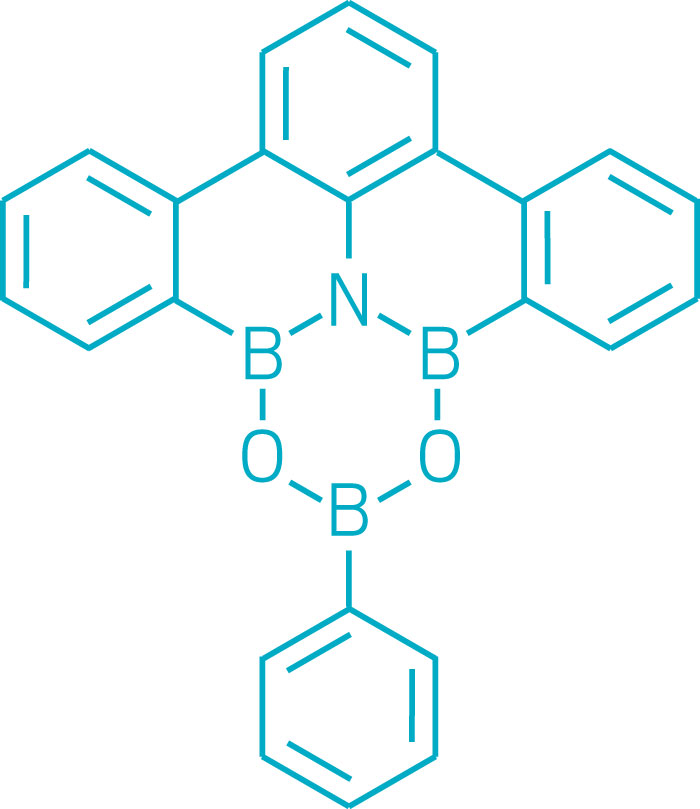 Chemists over the years have combined boron, carbon, nitrogen, and oxygen in various ways to create a variety of six-membered heterocyclic ring systems. One of the goals is to create new polycyclic aromatic compounds containing electron-deficient boron atoms, which are useful for making optoelectronic devices. But incorporating both nitrogen and oxygen along with boron in heterocyclic rings has remained elusive. A research team led by Masakatsu Shibasaki and Naoya Kumagai at Japan’s Institute of Microbial Chemistry designed and synthesized a dioxaazatriborinane (B3NO2), which had been a missing link between borazines (B3N3) and boroxines (B3O3). The team found that the dioxaazatriborinane can function as an organocatalyst for amidation reactions, outperforming previously known boron-based amidation organocatalysts (Nat. Chem. 2017, DOI: 10.1038/nchem.2708).

The largest, most complex polysaccharide 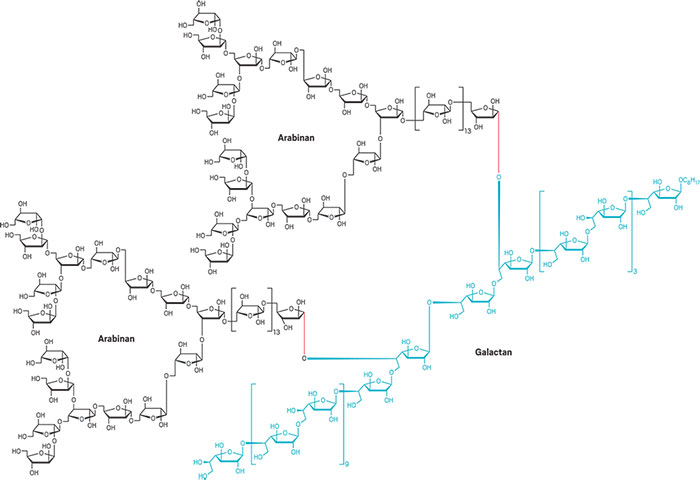 A record in carbohydrate synthesis was broken this year: Xin-Shan Ye of Peking University and coworkers synthesized a glycan nearly twice as large and more complex than any made before. The polysaccharide, called an arabinogalactan, contains 92 sugar units and is an essential cell-wall component in Mycobacterium tuberculosis, the bacterium that causes tuberculosis. The tuberculosis drug ethambutol blocks the polysaccharide’s biosynthesis. The tendency for natural glycans to have different structural forms and their low abundance make them hard to isolate and study as drug targets or for vaccine development. Trying to synthesize them from scratch is equally challenging. In a one-pot reaction, Ye’s group combined sets of short glycans into one 30-sugar galactan (blue) and two identical 31-sugar arabinans (black), then joined the three fragments into the 92-sugar arabinogalactan (Nat. Commun. 2017, DOI: 10.1038/ncomms14851). 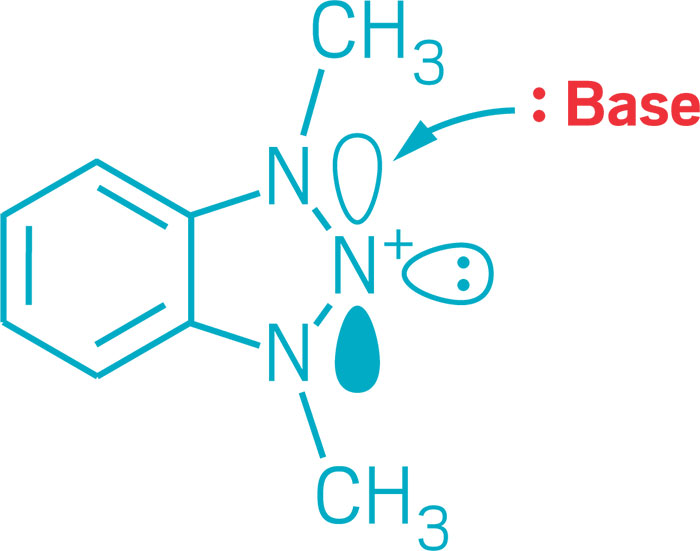 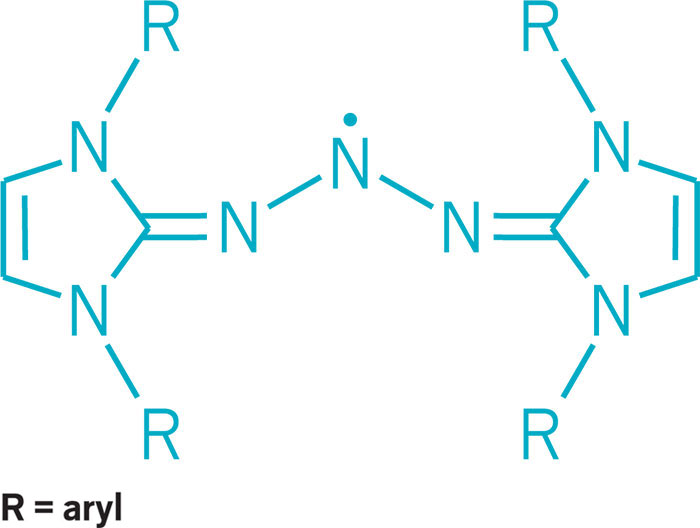 Chemists this year added to the varied ways three nitrogens can bond. Electron-rich nitrogen-centered molecules normally function as Lewis bases, donating an electron pair to create a bond with an acceptor partner. Mark Gandelman of Technion—Israel Institute of Technology and his group discovered a triazolium salt in which they could turn that donor-acceptor reactivity around so that the nitrogen center functions as a Lewis acid and accepts electrons. Nitrogen-based Lewis acids could serve in reactive frustrated Lewis pairs or other types of catalysts (J. Am. Chem. Soc. 2017, DOI: 10.1021/jacs.6b12360). On another front, nitrogen-containing triazenyl radicals had previously been detected spectroscopically and are known to serve as ligands in transition-metal complexes. But they’ve been challenging to stabilize and isolate. Researchers led by Eunsung Lee of the Institute for Basic Science and Pohang University of Science & Technology found a way to do it using N-heterocyclic carbenes as stabilizing substituents. The researchers used the triazenyl radical as a cathode material in a lithium-ion battery (J. Am. Chem. Soc. 2017, DOI: 10.1021/jacs.7b08753).